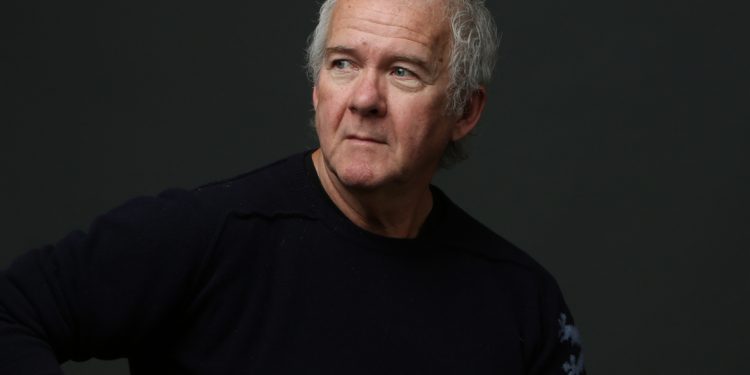 Canadian Country Music Hall of Famer and 11-time Juno winner Murray McLauchlan challenged himself to look within before entering the conversation about systemic racism, privilege, and economic disparity on this, his new double-single, “The One Percent / I Live On A White Cloud.”

“In the aftermath of the public killing of George Floyd in the U.S., a massive wave of revulsion against systemic racism swept the world,” the Toronto-based Murray said in describing the context of “I Live On A White Cloud.” “It prompted many of us, myself included, to look honestly into our hearts and not flinch from what we might find.

“I remember thinking, ‘Well, I’m not to blame!’” he continued. “But then I thought about my friends who had been stopped for ‘driving while black’… And I thought about the experiences of the First Nations people….

“And I thought, ‘If I watch all this go down and shake my head but say nothing, I’m just as guilty as anybody else.’ I recognized my life has been easier — even in its difficulty from time to time — because of what I am.”

When it came to the second single, “The One Percent,” it was Murray’s pointed perspective of the rapidly widening chasm between those with outsized resources and the rest of the world’s population.

“A while ago, when Occupy Wall Street demonstrations happened, many people scorned the demonstrators for being unable to articulate what they were there for,” he recalled. “I remember thinking, however, ’This isn’t going away.’

“As the accumulation of great wealth has increased for the very few, the vast majority of people have seen the opposite.”

Murray McLauchlan has 19 albums and countless songs, honours, and awards to his credit. including the Governor General’s Performing Arts Award. A singer-songwriter, painter, author, actor, and radio host with an Honorary Doctor of Laws degree and the Order of Canada, he’s long been lauded as one of Canada’s finest artists.

“I’m just a songwriter,” he said plainly. “That’s the only voice I have, other than my vote.

“But I do know this: If we can’t find a way to make the world a more equitable place for everyone, our future is in question.”