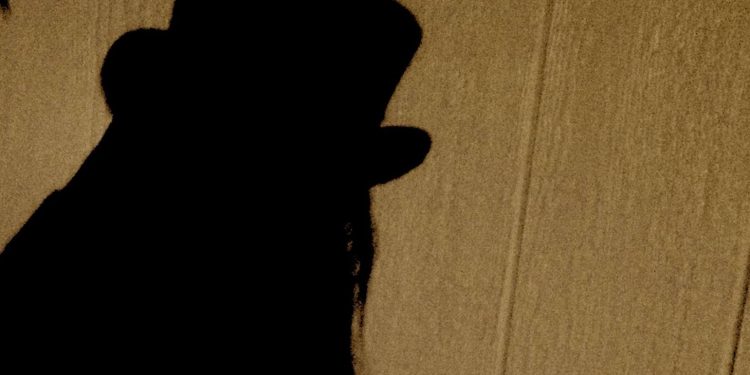 If he didn’t know better, singer-songwriter Bill Bourne might think he’s somewhat prescient. How else could you explain having the words to the song “Hunker Down” come to him out of the blue in January of this year? It could be the theme song for how we deal with the pandemic restrictions we’re all dealing with.
Hunker down stay warm hunker down
Hunker down stay warm hunker down
Hunker down play guitar sing along
Stay warm like you are
Hunker down stay warm hunker down
The song can be found on Bill’s new album, A Love Fandango.
“The song kinda came up mysteriously in early January and then all of a sudden there we were in the middle of this crazy situation [with the COVID 19 pandemic],” Bill said from his home in Edmonton, AB. “I went, ‘Oh my God. I think I better put this song on the record!’ So it was added at the last minute. Yeah, who knows where it came from! I started playing it a little bit, and people [were saying], ‘That sounds like what’s happening.’”
With the help of his friend, filmmaker Tim Folkmann, Bill put together a video for the song, featuring Bill playing all of the characters. You can find it on You Tube.
Bill has been working on A Love Fandango for a couple of years and is an artist who tends to follow wherever music leads him.
“I’m sort of a big champion of ‘universal love,’” he said. “The more time goes by, the more I seem to gravitate toward that whole idea. It just seems to me that music in general really works well with that whole concept. Music has always sort of generated that kind of unifying energy to me, and I just noticed over time, more and more, it really is a form of ‘universal love.’ There’s a lot of reasons for that. Mostly because music really happens ‘in the moment.’ There’s all kinds of sensations, or states of mind, or states of being that occur when you’re performing live. But ultimately it constantly keeps moving toward this state of really being ‘in the moment’ with the music, where you don’t really have any sort of awareness of the past or the future.

If you meditate or enjoy sitting in your backyard,” he added, “you can’t really find anything wrong with life or the world in general, when you’re in the moment. And yet music really is its most succinct and most effective when the performer is ‘in the moment.’ So all of that kept pointing me to writing [songs] that really express my perspective on ‘universal love.’ And that’s basically what this record is.”
Given the special connection that occurs when performer and audiences are in sync, this has been a difficult time for Bill, as it has been for so many artists.
“It’s sort of like being out in the desert and [having] no water, you know,” he said laughing. “I’ve been very fortunate. In early April a friend of mine, John Armstrong, gave me a call and asked if I’d be interested in doing a ‘porch concert’ in the city. We really got into that and did several over the summer. What a joy to actually play music for people live. When we first started doing it we didn’t know whether the police were going to come roaring up and arrest everybody or what! But they were all cool and sort of tailored their regulations, or tried to anyway, to help us out in the end and were very supportive. So I was lucky I didn’t have to sit around not playing for months and months.”

Relying on the muse

Just as the YouTube video for “Hunker Down” sees Bill playing all the characters, he recorded all the instruments for “A Love Fandango.”
“It really was a matter of necessity”, he said. “I would have sooner done the whole thing with a band ‘live off the floor,’ but for various reasons it didn’t come together, so I went about recording the thing myself. I spent a fair amount of time working on it. To get those really nice grooves it sometimes can be challenging. [With] all of the songs, I [recorded] them with a guitar and stomp box and a vocal ‘live off the floor.’ [Once] you get a take that has a nice groove to it, then as far as adding other instruments [goes], it’s really easy to do so. Which is real crucial to having fun with music. It was fun, and I really enjoyed the whole process. I don’t know if I’d ever do it again, but who knows!”
When it comes to songwriting, Bill is not one to force things or plan ahead of time. He relies on “the muse” to lead the way.
“It seems like the best songs have just sort of popped up”, he said. “It’s like, ‘Where did that come from?’ And then suddenly you’re playing something you had never even dreamed of. At least that’s the way it seems. There’s always a process of refining the lyrics that you go through, but in the end, it’s all fairly self-explanatory. Not really rocket science. I love it when I pick up the guitar and suddenly there’s a new song that surprises me. It came out of nowhere! That to me is the real essence of songwriting. I’ve sat and just written lyrics for six weeks and, like I say, I’ll pick up the guitar, and there’s a song all of a sudden that pops out of nowhere and blows away the last 10 days of lyrics that you spent all this time and energy writing! Not that the [weeks of writing are] a useless exercise at all. I don’t think so, but man, that’s a kind of phenomenon that I really enjoy. [It’s] a song overtaking your body and your mind all by itself. It really blows me away! It’ll literally reduce you to tears sometimes!”
To find out more about Bill Bourne and A Love Fandango, go to billbourne.com.
If you are enjoying this content, please take a second to support Roots Music Canada on Patreon!

Observing the orbit of Planet Neil: a ...