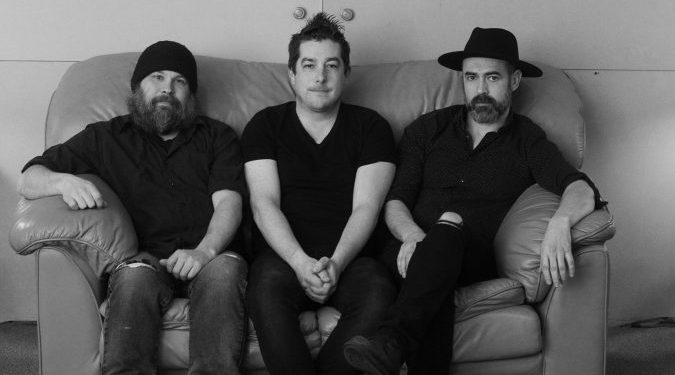 On Hauler’s eponymously titled debut album, the contemporary Celtic trio balances the genre’s penchant for solemnity and stories of suffering with their own fresh interpretations and modern rock flourishes.

The group pushes the boundaries of traditional Cape Breton musical standards while staying true to the emotional core of the genre.

“With traditional music from Cape Breton, there’s always been, to a certain extent, a set of unwritten rules and regulations about how the traditional music should or could be delivered,” said fiddler Colin Grant.

“But I’ve always been of the opinion that, while those conventions have a place, there’s always room for interpretation. If a tradition doesn’t ebb and flow and mix a little bit with other genres, it can be lost for being stale. It’s just a matter of finding the right balance between old and new.”

The band’s album was released in May of this year, produced with Jamie Foulds at his studio, Soundpark Studios. Despite widespread public health restrictions due to the COVID-19 pandemic, the trio has managed to take advantage of the “Atlantic bubble” and hold a string of performances through the summer.

They continue that trend by taking part in Home Routes Online, the digital version of the house concert circuits wherein artists typically stay with the hosts and perform at their homes for small crowds. The group is preparing to perform a physically distanced show on Nov. 10 that will also be live-streamed to fans watching remotely. The concert will take place in the Phoenix Theatre in Saint John, N.B.

During the interview, Mike, Colin and Steven so easily joked and teased one another, one could be forgiven for wondering how these minds conjured an album punctuated with such dark and haunting songs.

The answer to that question can be found by looking at the Cape Breton Celtic music tradition itself, said vocalist and guitarist Steven MacDougall. “A lot of it doesn’t come from a great place, you know what I mean? It’s based on the suffering of the ancestors.”

“This music came from the Highland clearances, and coming to Cape Breton with nothing on your back and having to build a mud hut to live in for the winter, and making flax friggin’ blankets, which must have been so comfortable!”

Cover of ‘Wind that Shakes the Barley’

“[It] did not come from great times, and I love invoking the spirit of that vibe,” Steven said.

“It is the balance of not taking ourselves too seriously, but taking things musically seriously, I guess,” added Colin.

Included with their original works on the album is the band’s modern refashioning of “Wind That Shakes the Barley,” an 1861 song written by Irish songwriter Robert Dwyer Joyce. The song’s lyrical backdrop is the 1798 Irish rebellion, one of the first uprisings against British rule in Ireland.

Steven explained that he has been sitting with the idea to cover this song for a long time, ever since he first encountered a live rendition of it years ago by the UK band Dead Can Dance. “You could play that song anywhere at any time and you could relate to it,” he said.

“I’ve always loved it for years and years, and I’ve been just waiting to pounce on a moment where I could take that extremely old song and put it behind some modern electronic beats with an E-minor tune to it.”

One of the darker moments on Hauler’s album is “The Widow’s Vow,” which tells the story of a widow who finds a sailor washed up on shore after a shipwreck. Reminiscent of Stephen King’s chilling novel Misery, the widow nurses the sailor back to health and imprisons him for his companionship, a tension which culminates into a bloody confrontation.

Perhaps people could use a little ‘artistically driven misery’

“Nothing quite as romantic as snapping your lover’s ankles,” joked singer and multi-instrumentalist Mike Le Lievre.

Colin and Mike had sent Steven the music for what would become the track, and Steven wrote the lyrics in about 10 minutes at 6:30 one morning. Part of the inspiration for the lyrics came from the band’s home geography.

“Gabarus Bay is a real place in Cape Breton Island. And it’s a crazy kind of mysterious place and we wanted to give it that sea shanty turn-of-the-19th-to-20th century kind of vibe,” said Steven.

“Cape Breton and.. Newfoundland have always had this historic, geographic and weather-based affinity for misery,” added Colin.

“That misery coming through in the lyrics of that song hopefully offers a stark comparison to the world that we live in now. And I think folks can look at it as a modern take on a potential myth that could have come from the back cloggy woods of Cape Breton.”

A strong argument could be made that the group’s album can offer catharsis during a tempestuous moment for many people.

“It may be a bit of artistically-driven misery is what people need for perspective right now,” said Colin.

“It’s not that crazy a thought—because we turn on the news and see foolish stuff—that checking out to a bit of a fairy-tale world of pirates, ghosts and mermaids that may or may not come after you in your sleep, is not that far out.”