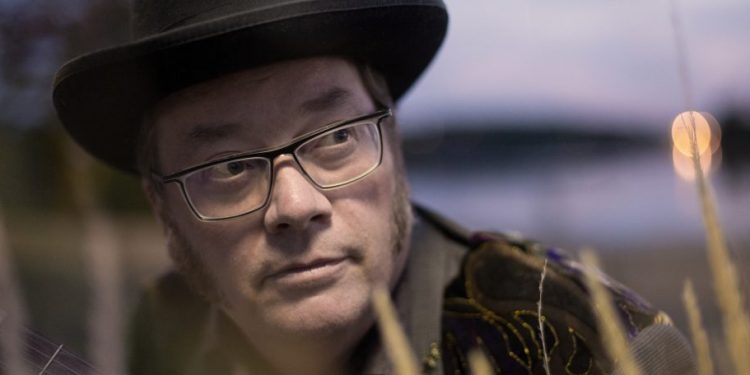 The last number of years there have been varying reports regarding the rarity of those people who write in cursive. Given the overwhelming proliferation of texting and email, there seems to be a declining need to use the flowing elegance of this form of writing. Rarer still is the use of the word “cursive” in songwriting. But fear not, we have singer-songwriter, Rick Fines, to help remedy that shortage. You can hear its use on “Below the Surface” from Rick’s new album Solar Powered Too, where he rhymes “cursive” with “surface.” While it might not be on the same street rhyming-wise, it is in the same neighbourhood.

“I like it when that stuff comes,” he said from his home in Peterborough, ON. “And of course there’s this idea that, these days, we’re losing our cursive writing. It’s not the same focus in school; people aren’t writing each other letters the way they used to. Somewhere I had scribbled something about “cursive,” and sure enough, I thought about the way people are intertwined, and I thought they’re intertwined like letters in cursive.”

The new album was originally intended as a kind of follow-up to 2006’s Solar Powered, which featured just Rick and his guitar recorded at his solar-powered gazebo in the Kawarthas.

“So I had originally intended to go and do that thing that I do, which is me and my guitar. It makes up 80 per cent of what I do. However, when I write songs, they take a life of their own. So we (Rick and co-producer Alec Fraser), recorded the whole album at my cabin with solar panels and golf cart batteries,” he said laughing. “Then Alec and I sat there, and he said, ‘I really think we should consider going into a studio, using a rhythm section and putting half of these songs down that way.’ So we ended up going to Toronto and doing five of the 12 songs over again. I was still playing acoustic or resonator guitars, no electric guitars, but with Gary Craig on drums and Alec on bass.” 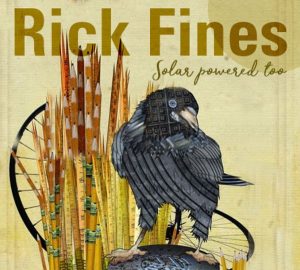 A couple of the songs on Solar Powered Too feature the distinctive sound of the Cuban tres, an instrument Rick first heard while on vacation.

“I fell in love with that probab

ly 15 years ago or so”, he explained. “I just couldn’t believe it. It was such a beautiful instrument, and the Cuban music itself was pretty incredible. So, I looked around to try and buy one but the only ones I could find were more for the tourist market, and they weren’t really professional instruments. So, I converted an old 3/4 size Yamaha guitar into a Cuban tres. Then a couple of years ago, my friend Dennis O’Toole gave me one he had that was a much better one, made here in Canada by the Godin Company, and it sounds much better than my first one (laughs).”

“Sometimes I find (co-writing) very easy and other times not,” Rick said. “It’s got everything to do with choosing the right person to write with. P.J.’s an old friend and a local poet. We didn’t know this would work. I read one of her poems, and I wrote back to her and said, ‘You know, that’s a song,’ and she said, ‘Oh, I like that!.’ So I wrote some music for it and recorded it. She liked that and said, ‘Let’s do another one.’ I said, ‘OK, here’s some music that I wrote. See if you can come up with any words to it, ‘cause I don’t know where it’s going.’ Usually I hear words and music at the same time or I go words first. But somehow or other I had this pretty well-formed musical idea with no idea where the words were going to go. [P.J.] wrote the words to that. The next time we sat down with a pot of tea and wrote a song together!” 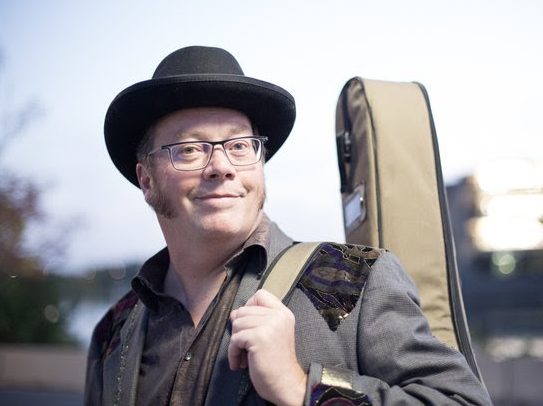 Writing with Matt Andersen involved a bit of travel for both Matt and Rick.

“Matt was coming to play Showplace [Performance Centre] in Peterborough, and he told me he had a day off [so] could we get together and maybe write a song. So, I said, ‘great!’ We got together and wrote a song, and we enjoyed that, so when I was touring out east, I told him I was playing Fredericton at the same time [as he was]. I said, ‘I’ve got some free time afterwards, so before I book my flight home, I’m wondering can we get together?’ I went to his place and spent a couple of days, and we wrote another couple of songs. Oddly enough, the ‘toss away’ song (You Only Want Me When You Need Me) we wrote when we were sort of done what we were doing, is the one that made it to the album!”

As with every performer these days, Rick Fines is dealing with the challenges brought about by COVID 19 and the subsequent cancellation of large gatherings.

“I’ve done a few online concerts”, he said. “But I also made myself available to go around and play ‘properly-distanced’ concerts. I insisted on [a] 12-foot distance between me and anybody. I managed to do a number of those, and that was very rewarding. I even had another couple of cool opportunities. One little garden party, when the numbers moved from 10 to 50, got moved to a beautiful art gallery on Rice Lake, which is an outdoor gallery of Zimbabwean sculpture. So here were all these people sitting in their little groups, well separated, but with beautiful Zimbabwean sculpture all around them.”

For Rick, the personal aspects of dealing with the coronavirus are front and centre. His daughter is in school, while his wife, Lise, is a teacher.

“We’re a pretty solid unit”, he said. “We do more things as a family. When my daughter, like most kids, would be more interested in time with her friends, we’re getting more time as a family, and that’s really quite wonderful. It’s pretty stressful for Lise at school trying to keep the protocols happening. Claire is so happy to be back in school with her friends. And she doesn’t mind the masks. It was quite chilly the other day when I was driving her and her friend home. She said, ‘I really like having a mask on today. It keeps my nose warm! (Laugh)”.

Listening to Solar Powered Too will keep more than your nose warm. It will warm your heart in these uncertain times.

To get a copy of Rick’s album Solar Powered Too go to: www.rickfines.ca.