Paul Reddick and the Gamblers – Alive in Italia 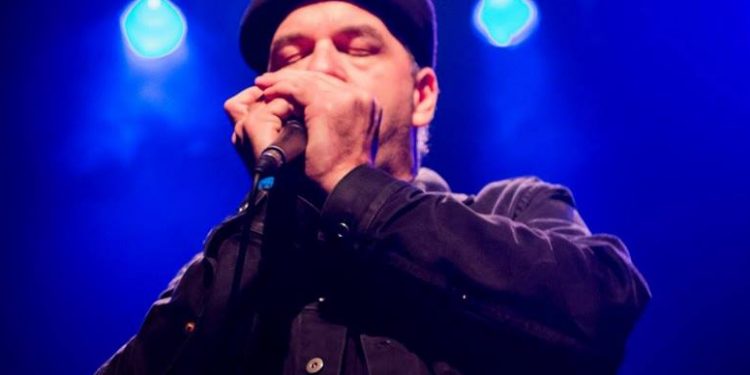 In 2001 on his award-winning album Rattlebag, Toronto bluesman Paul Reddick sang, “…there’s no good place to have the blues,” and now almost 20 years later, he is testing that theory with his recent Stony Plain release Alive in Italia.  Paul joined with the twin guitar leads from Juno-award winning blues rocker outfit MonkeyJunk, Tony Diteodoro (a.k.a. Tony D) and Steve Marriner, and the Gamblers, a rhythm section consisting of Gab D and Andrea Costanzo, to produce a superb record in a unique setting in the north of Italy. 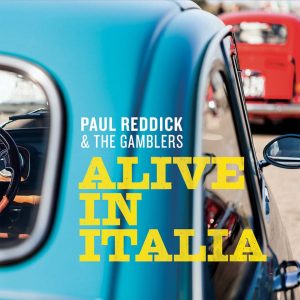 Recorded on Nov. 10, 2019 in the Museo Tornielli near Piemonte, this collaboration brings together friends in an intimate celebration. The album features 11 tracks taken from Paul’s work over the last 20 years, relying heavily on the aforementioned Rattlebag, but including tracks from his previous four releases. Paul’s trademark gravelly vocals and classic Chicago-style harp playing bring life to the thoughtful, poetic lyrics of these songs, while Steve and Tony craft fine solos where tone and timing are the preeminent concerns. This is an atmospheric album that transitions perfectly from the rub shuffle of “Sleepy John Estes,” into the funky “Pinegum,” to the stark, urgent, but restrained piece, “Mourning Dove.”

Paul has spent his career working to capture the essence of the blues, and in this set, he has done just that. “Villanelle,” the title track to his 2004 album, ebbs and flows, with its bittersweet lyric, steamy and delicate guitar licks, and the gentle washing harmonica – a song in the vein of the John Hiatt masterpiece “Feels Like Rain.” The sound is thick and soulful, dripping in your ears and saturating your brain.

Paul has given us an inspired performance; inspired by the beauty and ambiance of the venue and of the character of the Italian countryside setting, infusing the music with these intangibles.  So, turn the lights down low and the music up a little bit louder, and decide for yourself if there might actually be a good place to have the blues.