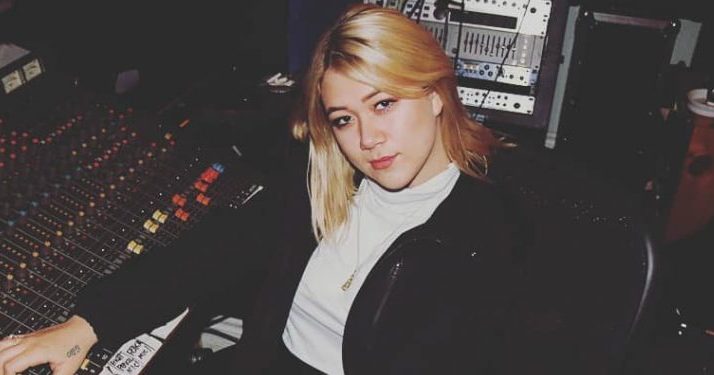 Canadian alt-folk singer-songwriter, poet and producer Imogen Joy summons a muse all her own with the release of her new single, “My Marianne.”

“This song is about dipping into different memories,” Imogen said. “I say, ‘Do our little moments blur?’ and that’s exactly what the song is doing: blurring together the highs and lows of having a connection with someone, as well as the simultaneous burden and privilege it is to love someone.

“I’d read this letter Leonard Cohen wrote to Marianne Ihlen as she was passing away,” the Toronto-based artist added, recalling the song’s inspiration. “It was basically an ode to his muse and friend and said he wasn’t far behind her.

“After reading that letter, I immediately thought of the person I write all my songs about. I’ve always developed really intense relationships with people and knew I’d be writing a letter like that one day to ‘my’ Marianne.”

Her inspiration comes from may sources.

“If you could see my tattoos, you would know I’m a big beat writers fan. I grew up reading Allen Ginsberg and Jack Kerouac, and there was something about the way they approached life that I admired and wanted to emulate.

“I always wanted my songs to paint a portrait of my life that was beautiful to look at, and I also want my music to sound like Leonard Cohen walked through a forest, and then went to a rave.

“That said, I hope others find glimpses of themselves in my words as well. I recently lost someone very close to me, and, as I was writing a song about her, I came up with, ‘She wouldn’t have thought it was depressing; she would’ve known you’re meant to laugh.’

“I think about this a lot as I write,” Imogen said. “Just like when I cook, sweet, salty, spicy and sour elements must be perfectly balanced, I try to write ‘balanced’ as well; sadness balanced with comedy, self-indulgence balanced with the bigger picture.”

Humour: Bruce Madole introduces us to ...

Paul Reddick and the Gamblers – Alive ...