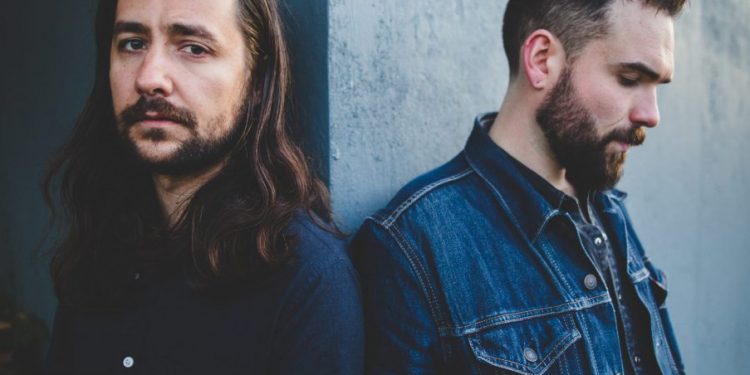 With the release of their new album Leaving With Nothing, Newfoundland duo Rube and Rake—comprising Josh Sandu and Andrew Laite—have made a significant step forward with their sound. Their debut album Back And Forth, released in 2017, featured their harmony vocals laid over a basic track of guitars and banjo, with accompaniment by bass and fiddle. In a recent interview, Josh characterized the evolution of the group’s sound heard on the new album.

“When it was just the two of us with the first record, I feel like maybe we didn’t have as many tools to work with. So we had an idea of our sound being exclusively kind of a minimalist duo,” he said. “Now that we have more tools at our disposal this time, we got to explore new avenues. It’s ever-evolving. I know our notions of what Rube and Rake were kind of changed a bit through this recording process,” said Josh.

For Leaving With Nothing, Josh and Andrew enlisted the services of Adam Hogan from Hey Rosetta! as producer to deliver the sound they were looking for.

“He was integral,” said Andrew. “I think Josh and I had a group of songs that were going to make it on this album and we knew that these songs deserved a little ‘something else.’ We discussed who might that be to come in and bring some colours we might not have thought of or been able to use. So we discussed who would be the best fit and Adam was that [person]. We’re lucky Adam was able and willing to do it. The songs deserved Adam’s attention.”

The evolution of Rube and Rake as songwriters is another topic addressed by Josh.

“I think before [our sound] felt kind of boxed in by a certain sound we were going for. Now, I feel we’re a bit more unchained and more open. [Instead of being] a folk duo with a lot of influence from Appalachian sounds or old folk, we’ve shed that and are more willing to go where the songs take us. So [we are] maybe a little less insecure about where we’re going.”

The perspective of life in a Rube and Rake song might seem a little bleak to some, even those used to dark folk songs. The new album’s track “Snowing In July” for instance intones, “Don’t go knocking on my door / Unless you’re bringing more bad news.” Listeners would not call this a happy-go-lucky song!

“It’s not that I love to hear about people’s troubles, but there’s also the line that ‘misery loves company,’” said Josh. “During COVID-19 we lost all our tours that used to bring in revenues, but there’s some comfort in knowing that everyone kind of has shit-luck too, you know? Not that I wish that upon anyone, but everyone’s got problems, why do you have to worry about it?”

“It’s not that bad to hear about bad news sometimes,” added Andrew. “It makes you feel better about what you’ve got going on,” he said, laughing.

And what’s going on right now in Newfoundland and Labrador has been encouraging, given the low COVID-19 infection rates. Recently, Josh and Andrew have been rehearsing for some concerts at Bannerman Brewing Company in St. John’s.

“I feel like we’re pretty fortunate right now,” said Josh. “We’re really lucky to be living in Newfoundland, just knowing we can do this show with not as many stresses. I feel like if we were in another province right now, we’d be a lot more concerned about the logistics of putting on a show.”

“We’re in the best shape of it,” added Andrew. “We’re not land-locked. We’re tucked away over here on our little island, so we’re pretty grateful. We probably would have played a show with 150 to 200 people in a venue for this release, but we’ll do 50 instead and be grateful for it.”

The highlight of Leaving With Nothing for many people is the song “10-33.” The song title hearkens back to the numerical code’s use as a distress call on citizens band radio.

“It’s a lot of visceral feelings I suppose,” explained Josh. “Just being encapsulated with a trucker, to parallel someone’s life.” After writing the song, Josh discovered that the song held strong parallels to an experience his grandfather had as a young man. His grandfather was stuck in a northern town in Alberta during the spring breakup of the ice. It was during that time that he met his grandmother. “Cool!”, exclaimed Andrew. “But it wasn’t the inspiration”, Josh adds.

While Josh is the primary songwriter and Andrew concentrates on the aural soundscape, the two still fully collaborate on each song. “Sometimes Josh has got a full song written, and sometimes he’s got 10 per cent of one,” said Andrew. “We work on it together. Time spent together is what tightens it up and tightens the bond [between lyrics and music.] My guitar playing or Josh’s banjo playing, everything develops around spending time together. We’re lucky to find each other. The songs kind of sort themselves out. Josh has got a penchant for [songwriting] so it works out pretty naturally for us.”

Given the current “Atlantic bubble,” which allows residents of the maritime provinces to travel across provincial borders, Josh and Andrew have begun preliminary discussions of a tour this winter. “Josh and I usually put ourselves through the mess of touring in the winter. I don’t know why we keep doing it to ourselves. But we do it, and we drive around Canada in the snow. Every February we’re right in the thick of things. We’ll probably do a “bubble tour” or something. But from now leading up to Christmas, we’ll play these [St. John’s] shows and work on other things. We’re happy to be home right now hanging out with family and writing new music.”

Humour: Bruce Madole introduces us to ...