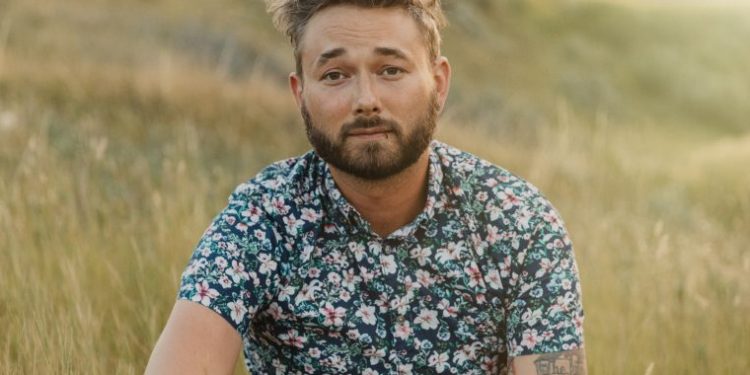 In spite of the many disruptions the pandemic has caused for musicians and concert-goers alike, it has at the same time provided an opportunity to slow down and step away from the frenetic pace of life. That space to venture inward and reflect can be fruitful, as it offers a chance to connect or reconnect with what we value, what matters, and in turn, who we want to be. The Lethbridge, AB singer-songwriter Ryland Moranz takes us along for the ride on his own journey through those reflections, and shares what he finds.

Ryland’s new, upcoming single “If I Had Wings,” offers a glimpse into the spiritual inventory he undertakes alone so that he can return to live in the world and hopefully make it better. We are thrilled to share his lilting single and its soaring video.

In it, Ryland takes the eponymous musing literally, with scenes of him flying an airplane over the vast Albertan landscape. He explained that aviation is the perfect embodiment of his own pursuit of happiness.

“It’s poetic, contemplative and horribly technical. It requires guts and gumption, a steady hand and cool head,” Ryland said. “It carries a mystique that is wholly unique and a style that evokes a simpler time. But most of all, it’s complete and total freedom.”

On his rationale for making flying the visual backdrop for the single, Ryland said he and his team “wanted to capture the total freedom that comes from that kind of aviation; the ability to escape and explore, answering to no one but the weather and time; to make yourself an island and to bring yourself back again; to see the earth and everything that has been or will be, and yourself, and to reconnect with your place in the cosmos.”

He developed a taste for aviation at an early age. His grandfather, a recreational pilot, used to pick Ryland up at his local airfield when he was young. At 14 years old, Ryland was already technically proficient as an airplane pilot.

Since his debut album, Hello New Old World, and after touring internationally for years, Ryland’s lyrical focus has shifted toward thinking through his and others’ experiences. You can hear that shift on his latest album, XO, 1945 – slated for release on Jan. 15, 2021 through Tonic Records.

The way forward through the pandemic

White Lightning strikes with the release of ...