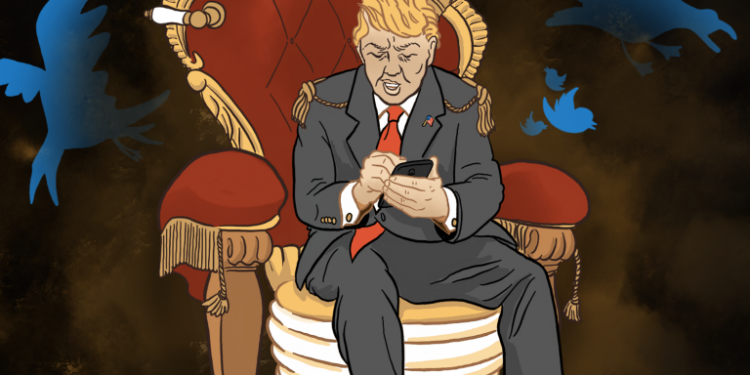 Chistophe Elie is an Ottawa singer-songwriter and folk music community-builder who writes for us here at Roots Music Canada sometimes – and he also just released a new single that we think is a bit of fun.

I mean, really the title says it all.

Christophe began writing the song in Toronto while on his Bridging Borders tour when Trump had just been elected.

It was “a reaction to our obsession over his incessant tweeting” he explained.  “I was born in the U.S., and while I grew up from the age of one in Canada, I still have deep roots in the US, with relatives and cousins from New Mexico to Vermont.”

Folk alliances in New Orleans: a personal reflection on the 2020 FAI conference – by Christophe Elie

It accounts for his interest in and obsession with US politics he said.

The song features violin by Maddy O’Regan, who plays with Jessica Pearson and the East Wind, and it was recorded it over three sessions at Dave Draves’ Little Bullhorn Studios.

They did an initial tracking of guitar and vocals together, including a key change, that will be challenging to pull off live, especially since it was already in A-flat minor, not a violinist’s favourite key.

The third session saw Maddy come in to the studio to put down the violin parts.

The song is released through Tara Shannon’s Willow Sound Records.