Book review: How to Lose Everything by Christa Couture 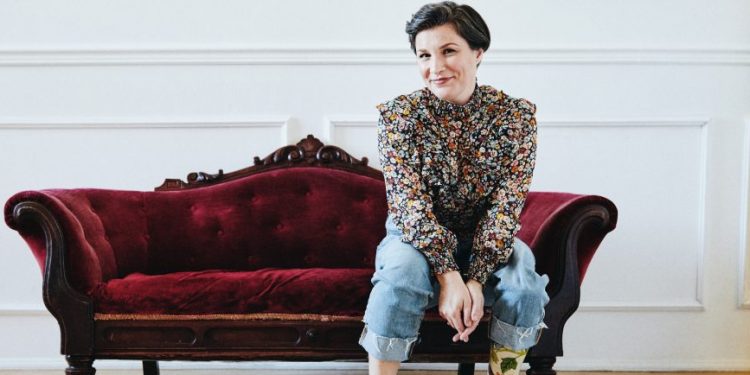 Canadian folk-roots singer-songwriter Christa Couture has been touched by unimaginable tragedy in her relatively short lifetime – the loss of a leg to cancer as a teenager, the loss of two infant children under separate circumstances, a divorce, a battle with thyroid cancer – and yet she somehow manages to be one of the nicest people many of us have ever met.

So I’m sure I’m not the only one who jumped at the opportunity to buy her recently-released memoir, How to Lose Everything, curious about the source of her seemingly superhuman resilience. 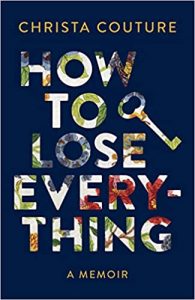 The book’s length provides one of the first clues as to that source. It’s just 12 chapters and 208 pages – many of the aforementioned tragedies recounted succinctly in a single chapter. There are no gratuitous descents into agony and self-pity here, no protracted descriptions of days spent in bed barely able to breathe from the weight of the pain. She takes us into her darkest moments to be sure, but she doesn’t dwell on them, and one gets the sense that this is a case of art imitating life.

Christa’s prose, it turns out, is much like her songwriting – marked by beautifully-rendered snapshots of grief in all of its forms – the knitting of toys for your deceased baby each birthday, the crying into your partner’s body while they cry into yours, the watching of hours of serialized television to pass the time, the getting engaged on the anniversary of your son’s death in an effort to attach a happy memory to an impossibly sad day, the moving into a house with five young people and trying to avoid telling them what you’ve been through, and the having a brief fling in Europe and remembering what it feels like to flirt again.

It’s hard to account for why Christa’s art, which derives from the depths of despair and hopelessness, is so fantastically undepressing to read or listen to – I’ll wager that most of us have been more torn apart by break-up records – but I think it has something to do with how healthy her process feels. We are witnessing somebody who is a role model in coping, someone with immense insight into her own emotions, someone who is patient with the grief process, someone who has a veritable black belt in rolling with life’s punches.

So does the book explain where it all comes from?

Christa Couture talks getting world famous … for her pregnancy photos

Yes, but it takes some reading between the lines, because for all of her insight into herself, Christa is also a humble person who doesn’t seem to always recognize what makes her extraordinary.

The first few chapters of How to Lose Everything describe a strong, talented and resilient child who, long before tragedy struck, made friends easily, found enjoyment wherever it could be found, accepted the changes in her life brought by her cancer diagnosis, and stubbornly refused to let it break her stride. One anecdote about how Christa turned the loss of her hair to chemotherapy into a party trick to make her “cool” at school made me smile and shake my head at her fierce adaptability.

The later chapters of the book capture a young woman who has established a strong sense of her own worth, who has settled into a healthy, loving relationship – until it is broken by the death of their second child – who finds in music and art a means to connect with others in grief, and who continues to move forward, to welcome unexpected joys and accept unexpected setbacks.

The promotional material for How to Lose Everything suggests it may serve as a guidebook of sorts for those struck by their own impossible tragedies.

It is, on some level. But it is more a testament to the strength, resilience and incredible humanity of its author, who embodies those traits in a way few of us ever will.