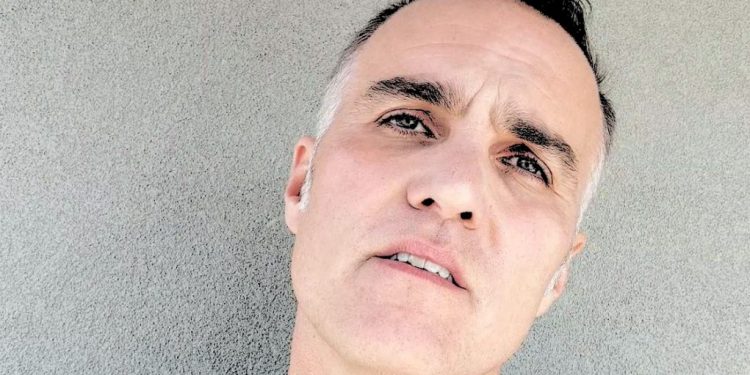 If John Lennon were alive today, he would’ve turned 80 last Friday, which is why you might’ve noticed a few more acoustic covers of “Imagine” than usual in your Facebook feed this weekend.

Vancouver singer-songwriter Reid Jamieson has gone a bit farther than that.  He’s marking the occasion with the Oct. 20 launch of John 20:20, a pared-down acoustic tribute album, featuring seven Lennon songs, one Beatles cover and a eulogy by Elton John.

It opens with Reid’s vocal-and-ukulele rendition of “Isolation,” which seems perfectly suited to our pandemic times and testifies to the ability of Lennon’s songs to take on new importance as the times change.

It also speaks to Reid’s own motivation for putting out the album.

Devastated, as many artists have been, by the impact of the global pandemic on his ability to play music in front of live audiences, Reid began slipping into depression.

It was then that his wife and creative partner pushed him to revisit the words of one his greatest influences – which he does, with nothing more than guitar, ukulele and harmonica for accompaniment.

It’s interesting to hear Lennon’s songs interpreted in such a stark, spare manner in the context of a catastrophe such as COVID-19, particularly when you consider the numbers Reid has chosen to cover:  “Nobody Told Me” with its “Nobody told me there’d be days like these / strange days indeed” refrain; the deeply reflective “Watching the Wheels; and three love songs of sorts, “Love,” Woman,” and “Oh Yoko.”

The idealism of anthems like “Imagine” and “Give Peace a Chance” are nowhere to be found here.

This is Lennon at his most introspective.

It won’t make you feel any better about the state of the world, and it won’t inspire you to march in the streets for social change. But it will provide a suitable soundtrack for those days where you just can’t get out of bed without the encouragement of knowing you’re not alone in your misery.

The All Canadian Soundclash dives right in ...