Howard Gladstone took his time making his brand new album… and it shows! 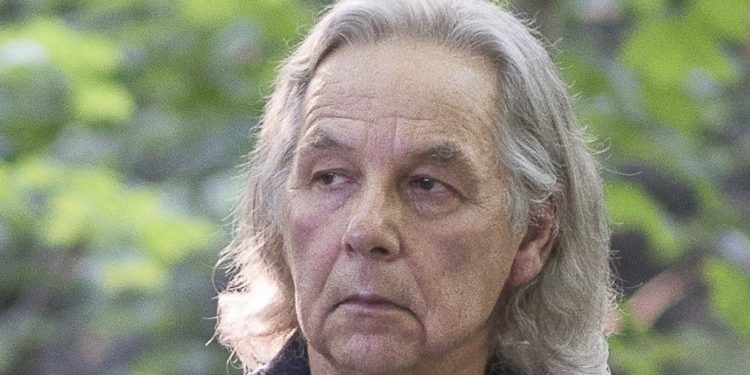 Some people made bread during the COVID-19 lockdown last spring, but instead of heading to the kitchen, singer-songwriter Howard Gladstone retreated to his home studio.

He came out of seclusion three months later, having produced his sixth studio album, The Promise, released this month on his Sonic Peach Music label.

The songs on the album are mostly originals Howard wrote pre-pandemic. With a focus on utopian and dystopian themes, this sublime album opens with a song about the magical Woodstock music festival and concludes with a song that warns about the current climate crisis.

“Being locked down gave me inspiration to do some things that I hadn’t done before,” Howard said in an interview. “I was able to get more familiar with the recording setup I had. I could spend unlimited time on the recording. In that sense, I made a positive out of the negative, lemonade from lemons.”

He reached out to other musicians who also had time on their hands, whose gigs were cancelled and whose livelihoods were on hold.

“We all had time to work on the recording and develop a new way to do things,” he said.

Besides Howard on guitar and lead vocals, the musicians on the album include the outstanding lineup of Kevin Laliberte on guitar, Russ Boswell on upright bass, Bob Cohen on guitar and electric bass, Marito Marques on drums and percussion and Charmain Louis on viola. Laura Fernandez and Julie Gladstone provide the enchanting background vocals.

“It worked beautifully,” he said.

Free from the pressures of recording in a commercial studio, Howard had time to perfect his vocal and guitar tracks.

“Both guitar and vocal-wise, I feel I did a better job than on other records,” he said.

Howard’s new album follows his 2017 release, Hourglass, featuring songs he wrote while he was recovering from spinal surgery. From Hourglass, he brings the themes of resilience and finding strength in times of adversity to the new album. He also tackles the degradation of our environment and climate change in it.

Howard recently released a video for one of the songs on the new album, “Paradise Passing Through.” The themes of this song include history (human and natural), art, beauty, inspiration, colonization, religion, commerce, and even the transitory nature of our time in the world.

In the song, he devotes a verse to the painter Paul Gaugin, who spent 10 years in Tahiti painting the people and the landscape. The video includes idyllic island scenes and pictures of some of Gaugin’s paintings.

Almost all of the songs on the album are visual and could be made into videos, he said.

Howard wrote the album’s title track, “The Promise,” with his new granddaughter in mind. In one beautiful passage he writes: “All the troubles you will know/ Troubled waters, troubled times/ The birds, the birds singing in their trees/ Do you hear the promise in their rhymes?”

The song “recognizes the difficulties of being human in the world and the challenges we have to overcome,” he said.

He wrote the wistful “Someday” during the lockdown, at the end of March. In it, he envisions the end of the lockdown: “Someday when the hollowed streets breathe life/ And the people laugh together.”

A song about finding hope in a dark time, it also details many of the world’s problems and paints a positive vision of the future. The song contrasts where we are today and where we want to be, he said.

The song “Birds of Spain” came out of a 2019 trip to Spain that Howard took to explore history and family roots.  In 1492, the entire Jewish community, some 200,000 people, was expelled from Spain. The song offers an emotional response to exile and oppression.

“This was the first song that I asked Kevin Laliberte to interpret, and I immediately loved his measured and powerful flamenco guitar performance,” Howard said.

Howard attended the Woodstock music festival, and one of the highlights of his new album is “Woodstock Fifty,” a song he wrote last year for the festival’s 50th anniversary. In it, he references Joni Mitchell’s celebratory song, “Woodstock,” in which she urges us to “get ourselves back to the garden.”

The idealistic hopes and dreams we had then were based on music, love and peace, Howard said. In the song, he asks if we can hang on to any of that in terms of hope for the future.

There’s one cover song on the album, “There Is Only Love” by Jon Brooks, the first cover song Howard has recorded. The song’s philosophical lyrics discuss the human condition: “We are brick, we are mortar/ we’ll be ashes tomorrow/ that is to say that there is only love.”

Howard said he has long admired Jon for his uncompromising talent, literary skill and the depth of his insight.

“This is probably the simplest, most straightforward song he’s written. Even then, it is based on ancient Greek philosophy!” he said.

Musically, the sound of “There Is Only Love” is uplifting and sweet, with Howard on guitar, Bob Cohen on guitar and bass and Charmain Louis on viola. Charmain is a violist with the Toronto Symphony Orchestra, and Howard is thrilled to have her contribution.

“It’s an unexpected icing on the cake. I love what she has done,” he said.

“Crossroads,” the album’s last track. Mother Nature is “bruised and battered, driven to her knees” by the climate crisis.

Musically, the song concludes on an affirmative note with a dynamic instrumental coda.

“That’s the idea that we will do something,” Howard said. “We’ll show our power.”