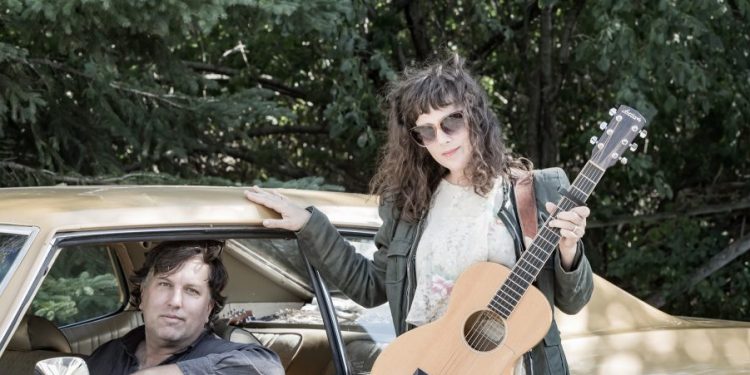 Canadian folk-pop outfit Kyra and Tully ventured out among the “Flowers Wild” for their new single.

The song blooms ahead of the duo’s forthcoming and fifth studio album, Time, set for release this November, and its inspiration stems from the artists’ unique experience staying at and tending to their friend’s 100 acre bio-dynamic farm.

“The lyrics for ‘Flowers Wild’ are a collection of ideas and feelings I had captured in a little journal during what was a life-changing experience,” Kyra recalled. “It was at our friend’s farm where we stayed for two weeks over March break last year, and it was the first time we helped care for the animals: 25 chickens, 12 goats, four cows, four white ducks, a bunch of sheep, a Great Pyrenees and a cat — as well as our own dear dog, a golden labrador retriever who has since passed, Sodo.

“The farm was still in the grasp of winter when we arrived,” she continued. “It was frozen solid but then very quickly changed into a major spring meltdown which kept us busy while engaging our special needs son; we had cows and goats breaking out of the fence to the green grass that was calling… A chicken passed in our care…

“A massive vegetable garden lay on one side of the main house, covered in the soon-melting snow, and the barn where the animals lived was on the other. At the time, and even still, I was struck by the synchronicity of the relationship between the vegetables and the animals, with us humans in the middle. It stood out to me how, in my mind, we all need each other to exist in a healthy, balanced way.”

Teeming with heartfelt harmonies and orchestral instrumentation, Time and the lyrics woven within explore everything from the joys and challenges of parenting to the delights of nature to the lived experience of a shared humanity and more.

Kyra and Tully have taken the stage at NXNE, Canadian Music Week, the Brampton Indie Arts Festival, the Skeleton Park Arts Festival and more. Their music has been widely featured throughout all media formats, and they’ve appeared in community compilation projects such as Artists for the Algonquin – Artists Against Uranium Mining. Their previous releases include Kyra and Tully (2006), Far Away (2009), Wildlife (In and Out of the City) (2009), and Journey Home (2015).