Leahy is back! And they’ve just released a new single 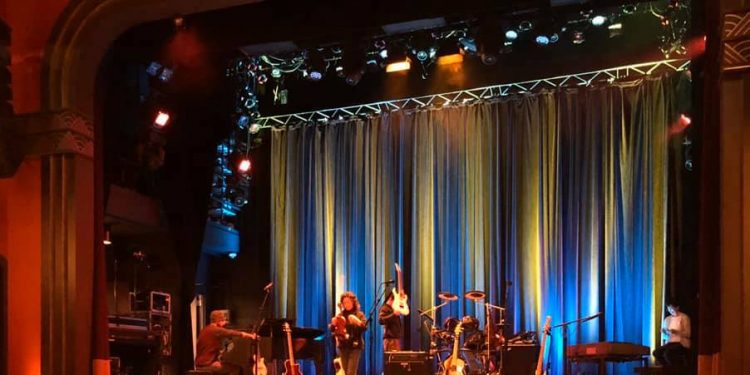 Leahy has secured a place as one of the country’s most highly regarded progressive folk-roots bands.

Now, after a hiatus from recording, the Juno Award-winning group is revving up once again with a new single called “Good Water.” It’s also the title of their upcoming album to be released in 2021. The single and the new album highlight the band members’ songwriting and singing and reveal a contemporary version of the original Leahy sound with the addition of electric guitar and accordion to its arsenal of instruments. For more information, please visit the band’s website.

Leahy’s emergence on the Canadian music scene in the late 1990s with its chart-topping instrumental single “Call to Dance,” introduced audiences to a new way of accessing a uniquely Canadian music genre. The Leahy approach to traditional music – a combination of stride piano, driving rhythm guitar, propulsive drumming and a distinctive bass guitar style – a wholly original sound – was the foundation from which fiddle-led instrumentals were launched to mainstream music listeners. A timely performance at the Juno Awards led to an opening slot on Shania Twain’s record-breaking Come On Over tour. This amazing opportunity put the group’s powerful performances in front of millions of music fans throughout North America and the UK.

On “Good Water,” as well as on the album of the same name,  the group’s five female siblings come forward and showcase their songwriting and vocal abilities, and they’ve also introduced a new, young Leahy to the roster:  drummer Frank’s eldest son, Xavier, on electric guitar and accordion. Along with the help of Grammy Award-winning producer (and fellow Canadian), David Bottrill (Peter Gabriel, Afro Celt Sound System), the new music is the band’s most ambitious recording project to date.

The glorious multiple harmonies on “Good Water” offer a perfect vehicle for the anthemic sentiment of the song. Each line of the chorus twists and folds cleverly into the next, creating a unity of both feeling and purpose. In the bitter dust of 2020, all of us are “thirsting for good water.” The production is full and rich and makes the chorus of voices shimmer and shine as they speak their truth. As John Lennon once did, Leahy dares to imagine “all the people living life in peace.”