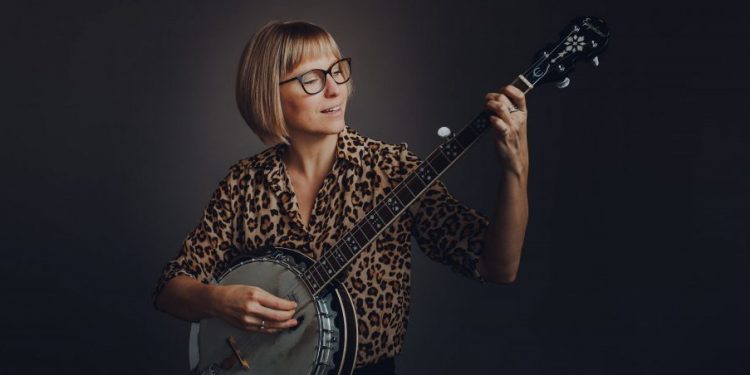 On her first full-length album, Bring Out Your Dead, Vancouver-based singer-songwriter Leah Barley offers eight stirring original songs that evoke both the jubilation and heartbreak inherent to classic folk and country music. An accomplished banjo player and guitarist, Leah is joined on the album by a full band featuring longtime collaborators violist John Kastelic and multi-instrumentalist Ross Christopher Fairbairn to create a sound as affecting today as it was a century ago.

Bring Out Your Dead almost perfectly balances Leah’s light-and-shade approach to songwriting, from the rousing boot stompers “I Wish” and “Drinkin’” to the chill-inducing title track and its spiritual cousin “Rise.” It’s all a product of Barley’s love of old-time country and bluegrass, which inspired her to pick up the banjo in her early 20s while living in Canmore, AB.

“I really wanted to share a raw and personal side of myself, so I focused on songs that expressed that best while making sure there was enough variety to showcase who I am as a musician,” she said. “Each song has its own interesting story for me, but some of them have a deeper emotional context and an exposed honesty. It made writing them therapeutic and terrifying at the same time.”

Indeed, on one hand, the album’s first single “Mountains” is a life-affirming ode to new love, with its message delivered with even more clarity by a video that utilizes home movies of her grandparents’ 1940s B.C. honeymoon in stunning colour. On the other hand, album closer “The Doctor” is a modern day murder ballad, the spark for which Leah credits to actress Christina Ricci’s performance in The Lizzie Borden Diaries.

“There’s something inspiring about watching a woman run amok for two seasons killing everybody who crossed her and getting away with it,” Leah jokesd.

However, the reason she was watching the show in the first place is no laughing matter. In early 2017, Leah developed an unknown neuromuscular condition that resulted in the disruption of basic motor skills. With doctors unable to diagnose her, she turned to alternative forms of treatment, and after years of struggle, she is able to function but is still not fully recovered.

Trying to cope with loneliness and fear was just as debilitating, to the point where the only ray of hope some days came from simply talking to someone on the phone. From this low point came another of the album’s standout tracks, “Call Me Sometime.”

“I wrote the song to remind people how much a phone call can change a person’s day,” Leah said. “We text or message so easily with no context to tone of voice. If we put in the extra five minutes that I know we all have to call someone just to check in, then we would actually be able to hear if they were okay or not.”

One of Leah’s hopes is that her music can help others who may now be in a similar position recovering from any kind of mental or physical condition. She is eager to spread that message the first chance she has to get back on stage safely. Until then, Bring Out Your Dead will brilliantly serve as her calling card and formally mark the arrival of a vital new voice in Canadian roots music.

“I feel like I’m starting to get it,” she concluded. “My singing has way more control, range, and depth, and I feel like my writing keeps getting stronger. A huge part of my evolution is my band. They’ve been with me for so long now that they just get me. A lot of that comes through on the album; it sounds like a bunch of friends playing music together. It’s really important to me that people can hear and feel how much we love what we’re doing.”

Leah Barley’s Bring Out Your Dead will be available on all streaming platforms Oct. 23 and can be purchased through Bandcamp or leahbarleymusic.com.