Developing Truth and Reconciliation in the Music Industry: a recap of the FAI BreakOut West panel 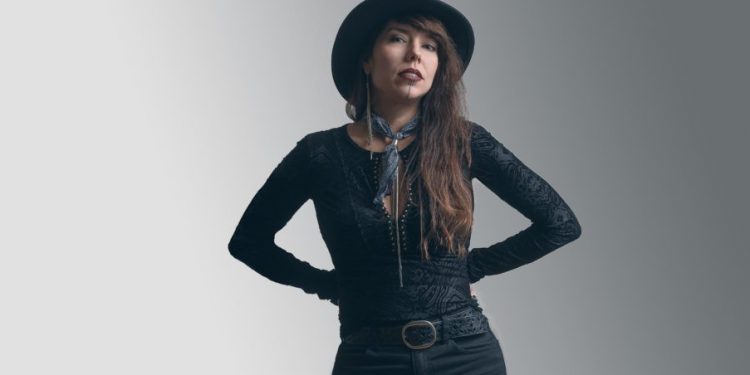 Host Curtis Running Rabbit-Lefthand was joined by ShoShona Kish of the Juno-winning duo Digging Roots; artist manager Liam Prost; artist manager and festival director Alan Greyeyes; Manitoba Music Indigenous music export coordinator Jade Harper, and DJ, beatmaker and dancer Matthew Wood. The event drew a total of 146 participants, who seemed nothing but grateful and touched by the participants’ comments, judging by the many words of thanks shared on the chat screen.

Though the event was billed as a discussion about truth and reconciliation in the music industry specifically, in practice, it was more holistic, focusing equally on systemic racism in larger society, particularly when it comes to issues such as missing and murdered Indigenous women and girls.  Jade in particular appeared to touch a lot of hearts by sharing extremely personal stories.

“I think about my grandparents who were residential school survivors, and my grandmother who passed an alcoholic because she couldn’t survive the trauma,” she said, “I like to say her name out loud.”

Jade’s inspiration for her music comes from her own relatives, she said. The strength they have to stand their ground comes from their family’s courage and bravery, so she incorporates her inheritance into her music, hoping that people will pick up and understand the calls.

ShoShona talked about what she called her “passion projects,” notably the International Indigenous Music Summit organized in partnership with Folk Alliance International. ShoShona expressed her ambition and dream of bringing the entire music community all around the world together. There are challenges, and there are difficulties, especially because what she and her co-organizers are doing with the music community is not “common knowledge” to everyone, she said. However, that doesn’t stop them from wanting to share their insights, stories, and experiences. Their core idea is to help amplify and hold faith for Indigenous culture and people, from which they can learn and grow as a community, she said.

One of the concerns that ShoShona raised related to how “mainstream,” or not, Indigenous artists are. Since the world is facing several problems at once, Indigenous voices are usually ignored and taken for granted, she noted. However, she also acknowledged that the Canada Council has been making real commitments to Indigenous artists and storytellers. Hoping for their voices to be heard, ShoShona expressed contentment that they are beginning to see the impacts of those stories on public perceptions of Indigenous culture and history. Especially in today’s society, where people have access to the Internet, the digitized world allows people to reflect themselves in the artistic spaces more frequently, she said.

“We are seeing artists rise to certain levels of prominence and celebration that they always deserved,” ShoShona said. However, it is only the case for a few Indigenous artists. Therefore, challenges for Indigenous people and artists continue.

One of the concerns discussed by Jade and Alan was female artists’ safety and comfort. Jade shared a story about working with Alan in a big group; Alan told her, she said, that she should be comfortable in her position. If she didn’t want to sit next to somebody or be switched to a different seat, or if she was uncomfortable in the large setting, she could tell him, and he would remedy the situation – for which Jade was immensely grateful. It was striking to me how, for members of the Indigenous music industry, it seems important to keep people safe.

Picking up on the safety topic, Curtis raised a question about how the Indigenous music community could move forward from here. Matthew Wood took on this question, saying he has always been a part of two worlds. His father is Vietnamese, and his mother is Indigenous, so he understands how it feels to be in the middle of two different cultures and making it work.

Matthew, being a dancer, musician, DJ, and beat maker, finds his balance in the mixture between modern and traditional art, he said. While acknowledging that many situations can arise because people simply don’t understand what is going on behind the scenes, Matthew expressed his passion about experiencing his travels with different peoples, learning their dances and cultures, getting into powwows, and moving forward by telling stories about his own experiences through art. Matthew also spends a lot of time with youngsters, to whom he wishes to pass on his passion and knowledge he said.

Alan drew on Matthew’s take on his experiences travelling and working for communities and acknowledged that the Indigenous music community isn’t always perfect. Sometimes they ask you to do too much but still pay less than what you deserve, he said, adding that he hopes that will change. Alan is concerned about the salary that Indigenous people are paying other Indigenous artists and wishes that the community will take care of collaborators, he said. The money that people are making based on Indigenous culture should go to Indigenous families as well, he added

When the panel came closer to an end, the panelists expressed their hope for the Indigenous culture and music industry as a whole. They said that to be able to have their voices heard, they should be clear about their next calls. And if online calls are not enough, they should make their voices louder by bringing them to stages and using their music to call for challenge and resilience.