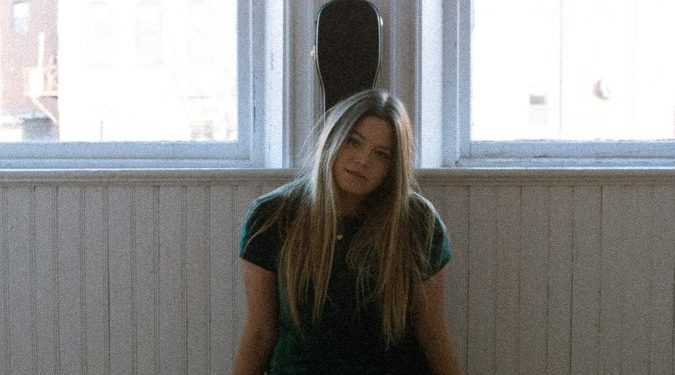 Alt-folk artist Kylie Fox has a new single called “Avocado” that’s a heartfelt, tongue-in-cheek letter-in-song to her friend and to first-time mothers everywhere.

“There is a trend in millennial pregnancies where the process is tracked through an app that describes the mother’s weekly progress,” Kylie explained of the song’s context and inspiration. “Usually the videos make an effort to compare the size of the fetus to that of a fruit or vegetable.

“I was lucky enough to catch the screening of the 16-week video, which told us that my friend’s child was about the size of an avocado,” she continued. “This song is a letter to a mom-to-be facing the uncertainties and excitements of expecting a first child.”

That “Avocado” would become a personal ode to her friend and those who can relate is par for the course for the New Brunswick-based artist; this year’s earlier release, “Cool Feet,” was initially penned as a wedding gift to friends.

“I called the groom and gave him an interview,” she continued. “I was seeking some strange, obscure sentimentality in his answers, and I got it; he’s a fisherman, so I asked, ‘When you are tired and uncomfortable at work, what do you miss about my friend?’

These two anecdotes — about Kylie’s friend’s wedding and another’s journey into new motherhood — succinctly sum up her unique brand of song-based storytelling.

In addition, the video for “Avocado” is Kylie’s first foray into stop motion animation, and it uses sentimental items near and dear to her and her family.

“I had no previous experience with even cameras, and I made this video in two weeks using items my mom saved from my growing up,” she said. “I also borrowed toys from my nephew and other ‘avocados’ in my community.”

The single comes from Kylie’s brand new LP, Green — which came out Sept. 18.

“I recorded with [producer] Dale [Murray] in his remote Nova Scotian farm house,” she recalled of laying down Green with the East Coast Music Award-winning producer. “I would drive over from Saint John and stay for a night or two at a time throughout the summer to work on it.

“Dale’s wife (and fellow ECMA-winning artist) Christina Martin is an insane cook,” she continued. “I would relish in the opportunity to ask them about bizarre touring stories and professional advice while we shared meals and a bottle of wine at the end of a work day. Christina even bought fireworks for the session drummer’s birthday. … The process was a dream.”