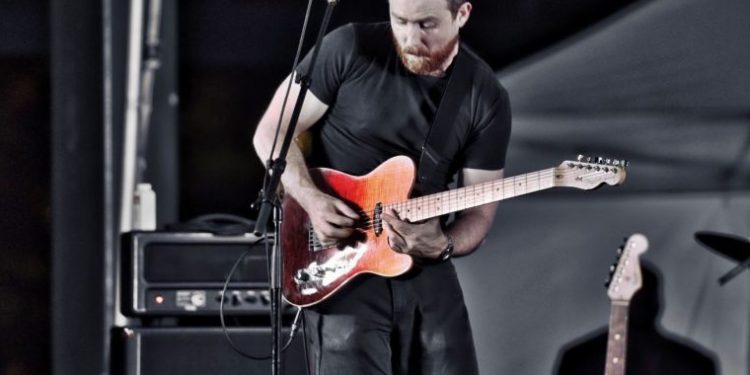 Like many artists, Ontario’s Michael Schatte (pronounced SHAW-tee) has put the time afforded by the recent COVID lockdown to extremely good use.  He has spent much of the past several months putting the finishing touches on his highly-anticipated new studio album called Conundrum, which comes out Friday.

Following his 2015 release of Turn Back the Vikings, the Ontario-based guitarist, singer, songwriter and producer/engineer was hailed as “one of the best-undiscovered songwriters of our times” (Blues Matters! U.K.)  and a “Canadian guitar great” (The London Free Press). A little over a month ago, Michael gave his fans a taste of what was coming with the release of a music video for his new song “Water In the Kettle,” the opening cut on the record and a showcase for his unique blend of virtuoso guitar playing, literate and witty songwriting, and considerable chops as a record producer/engineer.

Combining rock, blues, and Celtic into what he calls “Eclectic Electric Roots Music,” Water In the Kettle” and the other fourteen tracks on the new record illustrate why Michael’s original music “falls superbly somewhere between the folk-rock musings of Richard Thompson and the Canuck blues edge of Colin James.” (Uptown Magazine, Winnipeg)

With the new video, you’ll experience Michael’s barn-burning guitar playing along with his facility on the fiddle, helped along by an ace team of session musicians captured at Bibliotech, his recording studio.  Check it out!