“Now you get a book with a CD!”: How Scott Cook is bucking the album packaging trend 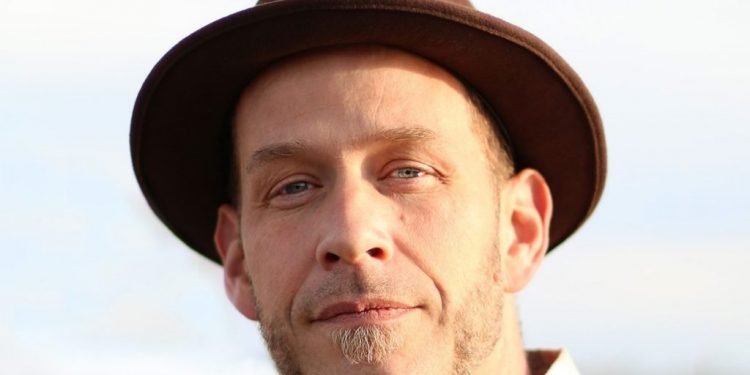 Since the release of The Beatles’ landmark album Sgt. Pepper’s Lonely Hearts Club Band, artists have increasingly included the lyrics to their songs as part of the album design, either printed on the back cover like The Beatles or on the record sleeve. Through the years, brief anecdotes explaining how the songs originated have accompanied the lyrics. The introduction of the CD brought about the booklet, which ranged in thickness depending on how much information was included. In this age of the internet, and with the increasing cost of printing, a number of CD liners direct listeners to the artist’s website to access the lyrics.

But there are those rare cases where an artist has used the printing of their lyrics and the background story as a starting point for a greater dialogue with the listener, giving detailed information about the artist’s personal life, their influences and philosophies.

Case in point is Scott Cook’s new album, Tangle of Souls. Its 240-page cloth-bound, hardcover book eclipses his last release, Further Down The Line, which came in a 132-page book. Whereas it used to be you got a CD with a booklet, now you get a book with a CD!

“I frankly got a little carried away this time,” Scott said recently. “There was also a lot I wanted to say. I found with the previous album it was mostly pictures from my travels. But there was a long introductory essay about my decision to try and live on the road in the first place, and what kept me believing along the way since then. With (Tangle of Souls), I was just looking back on the times since that album came out. A lot happened to me in the last three years, and I feel like a lot happened in the world too, and there’s a lot I wanted to say. So I just went ahead and tried to follow the threads of the songs wherever they lead and whatever that got me thinking about or what I was thinking about going into it.”

While there may be a number of singer-songwriters who would share information about their lives and beliefs, it’s the rare one who would do so with such brutal honesty as Scott, who details his earlier lifestyle of alcohol abuse and how it affected the other aspects of his life.

“Yeah, I think over the course of my career, I’ve kinda tried to tell people the straight truth and tried not to inhabit some kind of persona on stage. Just to be myself and be open and honest”, he said. “I’ve formed relationships with the people that have supported me along the way. My booklets and my email-outs and all that, it kind of feels like letters to friends. I guess with this (album) there was a bit of timidity I suppose around sharing some of the hard stuff that I had been through, partly around being hospitalized with alcohol pancreatitis, and also partly around thoughts about the world, thoughts about the direction of humankind that aren’t necessarily the sunniest things to talk about either. I guess I just thought, ‘What the heck. I may as well just put it out there and not hold back, just in the hopes that speaking honestly about my own struggles might be helpful for other people with similar struggles.'”

Having a life with difficult challenges can harden someone’s outlook, leaving them with a pessimistic view of life. Such is not the case with Scott Cook.

“I’m an optimistic person, by choice I think”, he said. “There’s a bit of discussion of that in the chapter after the song, ‘Let Love Have Its Way.’ Taking a line from Noam Chomsky, I guess there’s always going to be plenty of reasons to feel despair, to feel pessimistic about our prospects for survival or any kind of meaningful survival as a society. And there’s always going to be reasons to be optimistic. I find them both. I find plenty of reasons for despair in the headlines. I find plenty of reasons for hope in the people I meet and the cool things they’re doing and working on. Chomsky’s whole take on that is, it’s not really a matter of weighing the evidence and deciding whether we should be optimistic or pessimistic. If you’re sure nothing you can do is going to help, then nothing you can do will help. If you think that it might (help) and you think there might be a chance for us, then maybe you can have some positive effect. I think it’s more of a choice than it is kinda looking at the world and seeing whether it’s going to work out for us or not, ’cause we really don’t know. So I just choose to keep believing, and I meet plenty of folks who reinforce that choice and that belief.”

One thing that differentiates Tangle of Souls from Scott’s previous albums is the fact that it was recorded primarily in Australia with musical friends he’s established.

“I’ve been touring down there for several years now as kind of my ‘Eternal Summer’ plan. I had a van down there, and I would spend about three months each winter in their summer. I started playing with a gal down there named Liz Frencham, quite a well-known upright bassist. She’s also got a studio in her backyard, and I got to thinking it would be a good idea to cut a record with her. I brought down my buddy, Bramwell Park, with me to play banjo and mandolin. He and I and Liz were playing together, and that’s when I started scheming on making a record there in her studio.”

These days with digital downloads and shrinking CD sales, Scott Cook is definitely going against the trend with his album releases, getting more elaborate with each new project.

“It’s been a gradual process”, he said. “My first album was just a sleeve. And then I think I had a 16-page book for the next one, then a 24-page and then a 32-page book. The last one (Further Down The Line) was 132 pages. I just found as I was touring, in a time when all my comrades were saying nobody’s buying CDs anymore, I would take that book and show it to the audience and that would spark people’s interest, and they would come over to the CD table and check it out. People wanted to take it home and have something to read and look at and dig a little deeper.”

For more information on Scott Cook and his album, Tangle of Souls, go to: www.scottcook.net.

Could the Pandemic Be a Blessing?