Roxanne Potvin hangs on to summer with her latest single, ‘Jump In’ 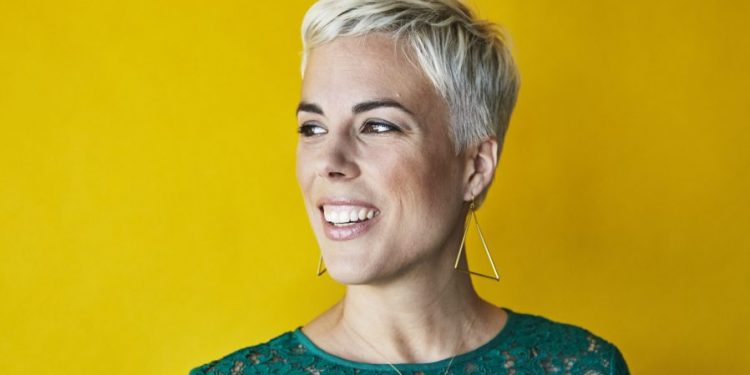 The summer of 2020 will forever be remembered as, well, the summer that never was. But that hasn’t stopped Roxanne Potvin from releasing a great summer jam that can invigorate us now and for years to come.

“Jump In” continues the Juno-nominated Roxanne’s run of acclaimed self-produced releases that started with the 2016 album For Dreaming, which took her sound in a more pop-oriented direction, followed two years later by the EP All It Was, which added touches of psychedelia and neo-soul.

“I wrote this song originally thinking about the uncertainty at the start of some romantic relationships, when both people are just getting to know each other and getting close,” she said. “Sometimes one person is moving a little slower than the other. But it can also be a call to go ahead and do whatever it is you’re scared of doing!”

Roxanne has done plenty of “jumping in” over the course of her career. Having established a reputation early on as a gutsy blues singer and guitarist, the itch to develop as a writer led her to begin experimenting with different sounds and styles. In 2013 she put her career on hold to get formal training in audio engineering, a move that subsequently brought out untapped creative resources. From there, Roxanne returned to a busy live performance schedule, and a large portion of 2019 found her on the road with Canadian Music Hall of Famer Colin James.

So until she’s able to get back on the road Roxanne Potvin hopes to continue carving her own path forward with memorable songs like “Jump In” that connect with the soul. “Jump In” is released via Toronto-based Comino Music and can be purchased or streamed here.

How J.P. Cormier has moved his music ...