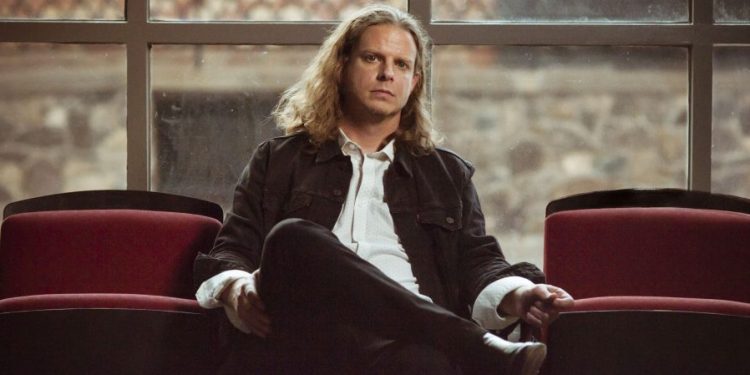 When Jeremy Drury was in Grade 8, he told a classmate that if she gave him one of her lunch snacks, a Passion Flakie, he’d mention her in his Juno acceptance speech.

It turns out, his classmate definitely got the better end of that deal.  For one thing, Passion Flakies weren’t that great, if I recall correctly. Too much pastry. Not enough flavour.

For another, Jeremy went on to earn two Junos as a member of the Strumbellas – arguably the most successful Canadian roots act of their generation. And yes, he kept that promise.

Now Jeremy’s getting set to launch his debut solo album, Company Store, on Friday, and we are thrilled to premiere a track from it here on Roots Music Canada.

It’s called “Open Road, and it’s the most country-tinged number on the album.

“The first song I wrote for this album was ‘Open Road,’ a love song written in reflection of my first tours with a band and leaving my partner behind,” Jeremy told us.  “Looking back on it now, it seems so pure and innocent compared to what life would eventually throw at me and my relationship, and [it] acts as a reminder of a more simple time.”

Jeremy recorded Company Store at Toronto’s Lincoln County Social Club with John Dinsmore (NQ Arbuckle, Oh Susanna) at the helm as engineer.  Not only did he write all the songs and do all the singing, he also played all the instruments.

“The concept of doing my own record has been with me for years,” Jeremy wrote in a news release announcing the project. “I’ve been writing songs since I was a teenager and had always dreamed of putting out my own material – but my confidence behind the kit kept me from facing the fear that goes along with being so exposed as both a singer and a songwriter.”

Before joining the Strumbellas, Jeremy spent almost 10 years in and out of various bands in Toronto’s club scene, playing with indie, alt-rock, folk, and punk groups. His varied influences – from the Traveling Wilburys to Propagandhi, Fred Eaglesmith and Pink Floyd – come through in his songwriting. The result is a folk-rock sound that leans into alternative and occasionally sticks its toes in Americana but is structured with a pop sensibility, complete with big hooks and sing-along choruses.

Given that Jeremy had a lifetime of material to draw from, songs like “Tadoussac” and “Pour Another” tell stories of a time before success where innocence abounds.

Raised in Lindsay, ON, Jeremy began his musical journey at the age of 12 as a percussionist in his school band. His instructors recognized his natural ability and encouraged him to apply his gift to concert, jazz, and marching bands. Meanwhile, he joined country and rock groups outside of school and practiced songwriting when other band members left their instruments at his house.

By the end of high school, Jeremy had already taken his music across southern Ontario and into the clubs of Toronto. He and his then band, Fat Chance, even left Lindsay to live and work as part of Vancouver’s punk scene for a while. Like most bands formed in high school, however, its members ultimately had different goals and returned home to Ontario. While former bandmates sought post-secondary education, Jeremy’s interest in music eventually led him back to Toronto, where he found himself as an in-demand drummer, supporting alternative rock, hip-hop, and indie bands throughout the city’s clubs.

Now Jeremy is bringing together his own stories and his own experiences and fulfilling a lifelong goal of releasing his own material with his debut album Company Store.