Anything but gone: roots rockers the Actual Goners have a new EP and single 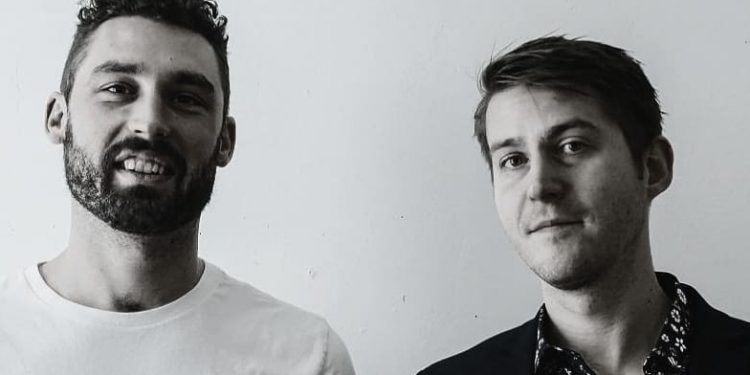 Roots rockers the Actual Goners are very much here with the release of their brand new self-titled EP ” and its single, “Cannonball.”

“It’s an attempt to verbalize the feelings of restlessness I’ve experienced throughout my life,” said co-frontman Duncan Symonds. “It’s about moving from one place to place, leaving behind people and relationships, all while trying to maintain a sense of purpose and routine in the shuffle.

“Five years ago, I was living in Louisiana and traveled between New Orleans and Baton Rouge regularly on a Greyhound bus,” he continued. “On one hand, it was the least exciting part of my time there. But, on the other hand, it represented so much of the ‘coming and going’ and urgency I’d felt.

“I’d listened to the music of New Orleans and Louisiana for some time, and, ultimately, that’s what had called me.”

There are a couple of nods to those inspirations in “Cannonball,” Duncan explained, including the main riff reminiscent of cajun slide guitarist Sonny Landreth, and a drum groove summoning sentiments of legendary funk drummer and founding member of The Meters, Joseph Ziggy / Zigaboo Modeliste.

And while the song’s — if not the whole album’s — vibe may be artfully mined from the area’s rich, dynamic soundscape, New Orleans and its French Quarter also play a definitive role in the band’s origin story.

“I was visiting Duncan while he attended university in Louisiana,” co-frontman Tristan Armstrong recalled of heading to the ‘Paris of the South’ for a decidedly indulgent evening spent catching up with Duncan. “At the end of a momentous night, I suggested we get matching tattoos to commemorate the evening.”

Having a slightly clearer head in that moment, Duncan managed to nix that idea and, instead, offered to move to the same city as Tristan when finished with his degree to start a musical project together.

And so goes the story of how Tristan and Duncan — who met at university in Nanaimo, BC and collaborated on several musical projects together while there, including The Brethren, Paisley Eye, and the Mother Tongue Band — ended up in Toronto, ON and joined forces with Phill Albert, Ryan Farley, and Carlos Aguilera to create The Actual Goners in 2018.

Since then, the band has taken the stage at The Horseshoe Tavern, Cameron House, Lee’s Palace, The Piston, Junction City Music Hall, and more; in 2019, they released the double-single Henhouse Sessions, featuring “Coricidin Bottle Blues” and “Wide Awake,” before early-2020’s triple-track offering, Curbside Finds.

“Cannonball” and The Actual Goners are available now.