The story behind the song: Tennyson King’s ‘Wild Rose’ 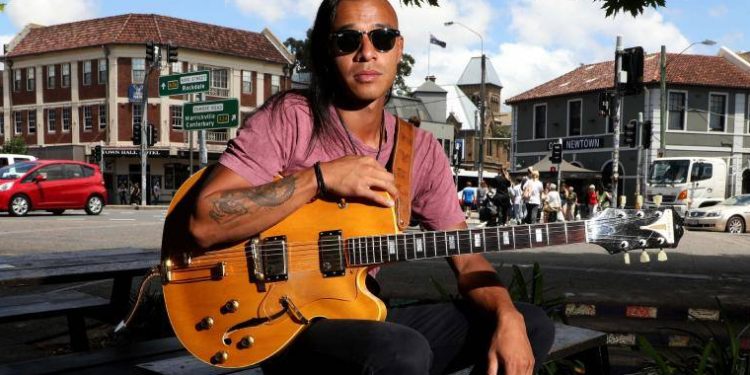 For the past three years I have been taking off to the other side of the world during our Canadian winters to tour in warmer conditions.  In late October of last year, I was at Pearson Airport in Toronto waiting for my flight to Hong Kong, where people were fighting for their freedom and independence from the Peoples Republic of China – which was a threat due to the proposed Hong Kong Security Law.  I was warned to skip this stop, but Hong Kong is where my roots lay.  I wanted to understand the issues first-hand and stand alongside my brothers and sisters.  The city was still running, people were working, and events were happening.  The protests mainly happened on weekends and limited public transportation.  In Lan Kwai Fong (nightlife district) one night, I was standing at an intersection.  When I looked left, I could see riot police with full shields and tear gas cannons ready to intervene with protesters.  Looking right, large groups of expats and locals partied and drank as if it were a normal Friday. I could feel the anger of the people, wanting change and not having their voices heard.  I stood with them but felt powerless in what I could actually do.  I had one gig cancelled out of my five in HK, and that was due to riot police shooting a plethora of tear gas into the Soho area of Central HK.  As I left HK, bigger protests and riots ensued.

I flew into Melbourne, Australia to start my fourth tour of the country.  Wildfires there were just beginning, coming up in different states at different times – but they were some of the worst they’d seen in a long time.  As I drove through the country, I was very fortunate to not have been caught in the midst of any active fires. I did, however, drive through much of what the fires left behind, and it was like nothing I’d ever seen in my life.  It was devastating, and I could feel how living energy had been lost in the beautiful nature the fire tore through.  When I played in Sydney, the sky was covered in smoke from the fire being blown in from the countryside.  This lasted for days.  As I went through the motions of playing music, I couldn’t help but wonder if what I was doing was useful or what was needed.  I felt embarrassed to post on social media about shows.  It was after one of my shows, when I was talking to all the locals, that some told me that they appreciated the positive vibes and energy I was bringing despite what was happening.  I continued the rest of my tour with that mentality making it my mission to bring the positive vibes to every town and trying to offer just a little bit of an escape.  The beauty that came out of all this was seeing people come together as a community to help each other and support each other.  A handful of shows on my last month of tour were cancelled due to the wild fires hitting those cities.

The final leg of my tour was a residency gig in the beautiful beach town of Mui Ne in Vietnam.  I touched down in Saigon during Tet (Lunar New year) and Chinese New Year, usually the busiest time in South East Asia for tourism.  This year, however, COVID-19 had just sent China into a lockdown.  The border in Vietnam was beginning to shut for travellers who had come through China. They were enacting major health protocols, and in general, the streets were quite empty compared to normal.  There was a general fear in the air and you could really feel that energy everywhere you went.  People were uneasy, and there was definitely a stigma against the Chinese people that were in the country, which I felt first hand.

It was a heavy six months of touring and travelling.  I went through so many different collective energies in each country.  Each place was dealing with hardship and struggle, and I was just taking it all in from the passenger seat.  I would have never guessed that I would return to Canada and experience more distress.  The one thing that is consistent through all four countries is our ability as people to be compassionate and come together.

I wrote Wild Rose throughout my journey as a song for people to listen to and just get away for a little bit – to that magical place we each have and need sometimes, a temporary escape from everything, to refresh and rejuvenate, so we can tackle the pandemics, fires and social injustices together as a community.

How’s everyone doing out there? Aug. ...