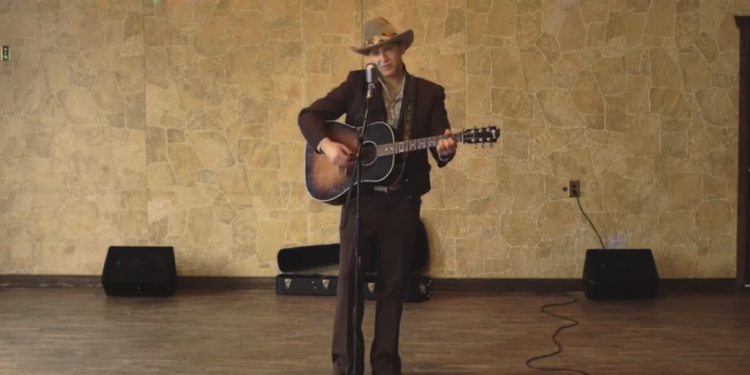 On Wednesday, we here at Roots Music Canada shared a stunningly beautiful piece of writing by Leslie Alexander that told the story of Jay Gavin.

Jay is a musician from Tignish, PEI – he grew up in the vicinity of Stopin’ Tom – whose life has been filled with musical adventure:  touring with a Whistler-based skate-punk band; living in Texas and playing in a thrash band; and playing rock music with the Vancouver band Grass City.

The road not taken: Jay Gavin gets lost in Austin

These days, he fronts his own, much rootsier outfit, Tired Sunday Choir, and his 2019 release, Boat on a Whale, features traditional instrumentation such as fiddle, mandolin, banjo, and steel guitar.

When COVID-19 hit and Jay’s shows were cancelled, he decided to begin releasing a series of singles and videos as a way to keep getting his music out there.

We’re super thrilled to premiere the first of those here on Roots Music Canada.

This is Jay Gavin’s “Lost in Austin.”  Have a look and a listen!

How’s everyone doing out there? Aug. ...