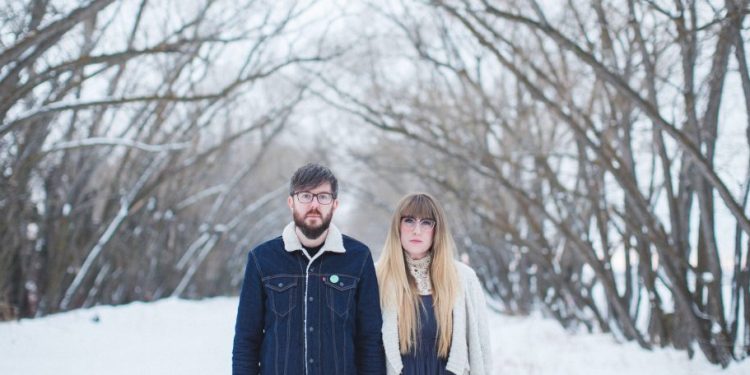 Since the days of Joni Mitchell, Leonard Cohen, Laura Nyro and the like, the role of the confessional singer-songwriter has been to reveal their inner joys and heartaches to the world in the hope that these same feelings will be embraced by the listening public. Songs of love and loss have always been the mainstay of this genre of composition. But perhaps not so much is written about the trials and tribulations of family life and the struggles to create a family.

This was the crux of the Edmonton duo 100 Mile House’s 2016 album, Hiraeth. The Welsh word loosely translates as “a longing for a place or person who may never have existed.” Interviewed at the 2019 Folk Music Ontario conference, Denise MacKay of 100 Mile House explained the approach she and her partner, Peter Stone, took to create Hiraeth.

“It really spoke about the struggles we’ve been through in the previous few years of trying to start a family,” she said, “and it wasn’t going well. It was really hard. Peter wrote some beautiful songs about it. There’s a lot of hope on the album, but I think it’s pretty obvious we weren’t having the best of times. But the good songs, that’s what they come out of.”

Those little clothes we went and bought

Hidden in your knicker drawer

Beneath the hope we’d ridden on

Kept us waiting way too long

Their absence seems to linger on

“And sonically,” Peter added, “we kind of pushed the boundaries a little more. With all the other albums, we really concentrated on being able to recreate it live. With (Hiraeth) we kind of just went for it.”

Which now brings us to 100 Mile House’s latest album, Love and Leave You.

“We went completely the other way,” said Peter, “just stripped everything right back.”

“On the new album there are a few songs with a string quartet on them,” Denise added. “As we tour the album, we’re going to try to find string players wherever we can, because they add so much emotion – especially the cello! I think people should have cello on everything, all the time. I love cello [laughter].”

From Peter’s point of view, the songs on Love and Leave You show a natural progression in his and Denise’s development as writers.

“‘Worth the Wait’ uses a cello motif from a song called ‘Last Branch,’ which was about our struggles trying to start a family,” he said. “’Worth the Wait’ is about the fact [that] we finally got to meet our son, so it’s all kind of a natural progression from the last album.”

I wondered if we’d ever meet

You took your time but your Mum and me

We don’t mind you were so late

You were worth the wait

Peter added, “Sonically we just kind of stripped everything back. We just wanted it to sound like four or five people sitting in a room playing songs. So it’s been really fun to change the sonic direction. And also the songwriting –  because there was such a focus on not being able to start a family, and now it’s here, it shifts that (focus) so much. It’s been really interesting.”

These days in our world, everything is categorized in life as “pre-pandemic” and “during pandemic,” with the accompanying halt in planning anything in our lives. The plan for 100 Mile House was to get back to a touring schedule.

“I feel like we’re finally getting to the point”, said Denise, “where I’m ready to get back into it. Our little guy is almost two now. We can leave him for a weekend, and he’s happy with nana [laughing]. He’s probably having a better time than he would be if I was at home. It’s a little easier now.”

Peter added, “We’re pretty lucky with the kind of music we play and where we play. It’s pretty family-friendly. [Our son] loves festivals. It’s not like we’re playing bars late at night or anything. We actually took him on a two-week tour of Saskatchewan when he was four months old, and he was less trouble than our mandolin player! [laughter] That’s not true. That’s not true. I just thought it would be funny to say!”

To find out more about 100 Mile House, go to: 100milehouse.co.uk or fallentreerecords.com.