Monica Lee releases a video for ‘Farewell,’ title track of her new album out today! 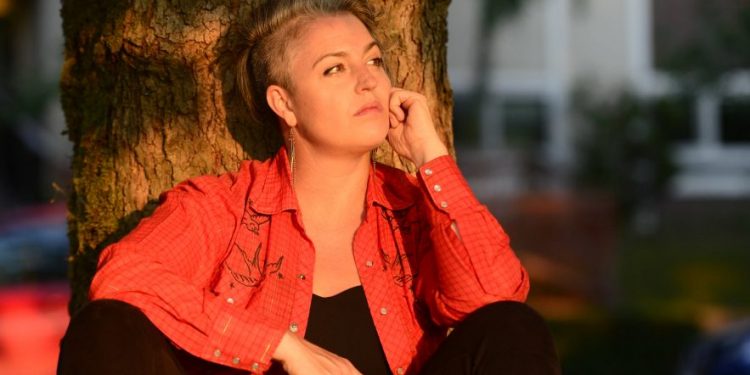 After working on her new album, Farewell, for close to a decade – juggling family responsibilities and discovering during the process that she’s been dealing with a previously undiagnosed hearing impediment – what else could possibly stand in Monica Lee‘s way? Sure, there’s the pandemic, but that’s only managed to delay the release of Farewell by a few months. The record is officially released on all digital platforms today, and we’re excited to share the video for the title track, directed by the Vancouver-based artist herself.

What’s held everything together are the timeless qualities inherent to all the songs on Farewell, a blending of folk, country and classic soul, with lyrics inspired by Lee’s personal experiences, and those of people close to her.

“These songs are all about relationships,” she said. “The album was sequenced to start with a feeling of letting go, then move through the various relationship stages and finally end with letting go once again. I really wanted the album to tell a complete story, and with that, I relied on having songs simply come out of me and capturing them. Most were written in one sitting, often the length of time it took to write down.”

“Letting go” is certainly the foundation of the song “Farewell,” a heart-swelling ballad that echoes some of Sandy Denny’s finest work. However, the album runs the full gamut of emotions, from the classic country-tinged first single, “Only One,” inspired by a couple’s joyous reunion that Monica once witnessed at an airport, to “Mindbender,” a tribute to a friend who became a well-known burlesque dancer in Vancouver despite enduring years of constant pain, and “Dark Angel,” written in the aftermath of a friendship being destroyed by a breach of trust.

“Songwriting has always been, and continues to be, what has guided me throughout my development as an artist,” Monica said. “I think real life is pretty interesting, no need to make stuff up. There is so much to write about by just looking around at life and catching the songs passing by in my mind.”

These days, Monica balances her own musical career with Jump Into Music, the business she co-founded with Orith Horwitz that offers unique music appreciation classes for young children. Since COVID-19 restrictions were put in place, Monica has shifted classes online, which has resulted in more kids around the world participating. It’s all a reflection of Monica’s undying passion for music, something that’s only gotten stronger since she addressed her hearing loss.

“I had no idea I was missing so much until I got my [hearing] aids,” she said. “Crafting melodies in my head was never a problem, but what I couldn’t hear were the nuances. Now I’m able to indulge my tendency to add more — more instruments, more voices, big choruses and strings and horn parts. Part of the journey in making Farewell was bringing all these ideas to life.”