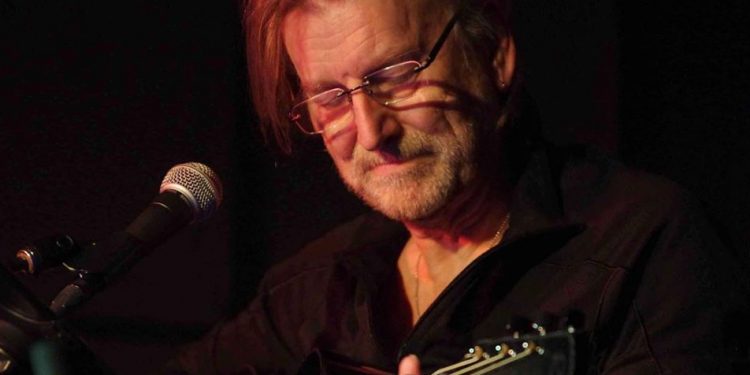 “When we were doing those early big releases, we were paying hundreds of dollars an hour (for studio time). Just taking a break to have a hamburger used to cost me three or four hundred bucks!”

For veteran singer-songwriter David Bradstreet, having your own recording studio has many benefits. And not just financial.

“I think it really benefits performance as well”, he said. “The caveat my old pal Danny Lanois (had) was, ‘Just go where the music feels good to play.’ The music you’re going to be recording is music that’s being played confidently and in a relaxed manner without the pressure of high bucks. I’ve always kinda liked that concept, and it certainly feels good to play in my sun room studio.”

That good feeling has served David well in a career dating back to the early 70s. His self-titled album on A&M Records garnered him the 1977 Juno Award for Best New Male Vocalist, along with three SOCAN Awards for his songs, “Renaissance,” “One Way Or Another” and “Long Long Time.”

After a second album with A&M, more records followed on David’s own Street Record” label.

He made a name for himself as a producer for other artists, including Jane Siberry, and found success as producer/composer/engineer for a number of Solitudes albums, which combined sounds of nature recorded by Dan Gibson and David’s original music.

What followed were many albums sold and multiple Juno nominations.

David further expanded his music catalogue with another label of his, TheraMusic, which released the music therapy albums, TheraSleep and TheraCalm.

In 2006, David’s album Lifelines was produced by Jason Fowler with David returning the favour by producing Jason’s 2009 album, Lumens Of Light.

“Even at this stage (of my career), I really try to play a fair amount during the day, just to keep myself in fine fettle. But I had all these songs I hadn’t recorded yet, and I just felt the need to do it. I’ve got a full recording studio here, so I thought, ‘Why not?’” I started thinking, “Well, I’ll just demo a bunch of these songs, and (afterwards) I thought, ‘these aren’t bad!'”

“So I got in touch with my old pal Carl Keesee [an old bandmate from the group, Lazarus]. Carl’s been on every album except one that I’ve done, and he was keen to do it. He has a studio down in Austin, TX. So, I sent him the tracks. He played bass and sent them back to me. Then my buddy, John Herberman, put down piano on a couple of tracks as well. I did the acoustic guitars, all the vocals and that kind of stuff, and by the time I got to the end of it, I kind of thought, ‘You know, I’m just gonna release this!’ Because it’s been a long time since the last release, and I was very happy with the performance and the sound of everything.”

The album’s title song, “Best Foot Forward,” is an homage to David Bradstreet’s father and all those who fought in the Second World War.

“My father was a paratrooper, and he got roped into the Battle of Monte Cassino (in Italy). They got there in November (1943). They broke through in May (1944). So for all that time, all these young guys were getting cut down by enemy fire. And here’s my dad trying to run up the hill! He didn’t talk much about his efforts in the Second World War, except that I knew he was a tough guy. The training to be part of the original SAS (Special Air Service commando force) was unbelievable, jumping out of planes! I thought at this stage, I really wanted to honour that memory.

“My friends and I have always sort of said, ‘We got away with it. We didn’t have to go and do anything like that!’ So, we owe a lot to those young men that went over and did that. There were thousands of casualties for that one hill, and it makes you really realize the futility of war. It was absolutely ridiculous that we saw the rise of fascism in Germany, Italy and Spain, and sadly, we’re seeing a little bit of that happening now. So that was the reason I wanted to do it. We’ve gone through this already. We shouldn’t have to go through this again.”

Given that the title song is so heavy content-wise, David looked to the other songs for some balance.

“For me, this is a record that’s got a lot of different attitudes on it.,” he said. “I wanted a little bit of light-hearted stuff in this (album). I’m very happy with the result I have to say.”

While the Covid-19 pandemic may have curtailed David’s live performances, it hasn’t slowed down his work, whether musical or non-musical.

“I also work in architecture. It was my first job before I decided to be a musician. I’ve been doing that sort of freelance for quite a few years at this point. But it’s only really to finance my nasty habit of being a musician!”.

For more information on David Bradstreet or Best Foot Forward, go to www.DavidBradstreet.com.