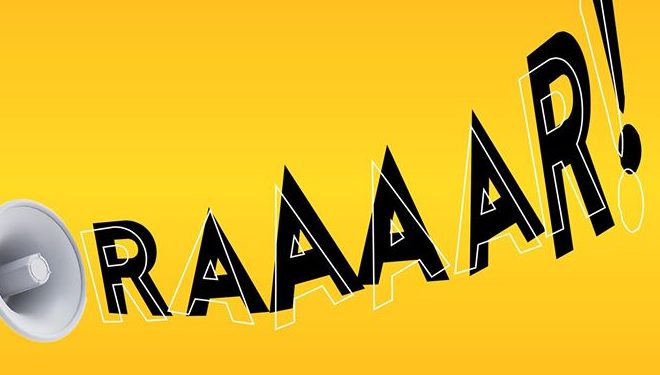 Kate Reid burst onto the Canadian roots scene 15 years ago with her signature pink faux hawk and a collection of songs about lesbian life, which were sometimes poignant and sometimes gut-splittingly funny.

Who can forget “Everyone’s Fucked but Me” and “The Only Dyke at the Open Mic?”

She quickly carved out a unique career for herself as an artist and advocate, performing and speaking at festivals, Pride celebrations, schools and summer camps and releasing an album of songs for and about queer families.

For the past six years or so, she’s also been steeped in academia, pursuing first a masters and then a PhD exploring art, education and queer life.

But that hasn’t stopped her from lending a hand to the cause of social justice.

Which brings us to the on-line festival she’s co-presenting tomorrow to support justice for Black and Indigenous people.

“Back at the end of May, shortly after George Floyd was murdered and the anti-racism protests began unfolding, I contacted a friend of mine in Alberta and asked her if she would like to be on a committee with me to organize an online performance event in solidarity with BLM and anti-racist protesters,” Kate explained.

So, the two of us asked a few of our friends to join us, and together, we have been putting together an awesome online event for [tomorrow night] July 18 called: RAAAAR! Radical Activists and Artists Against Racism: A Variety Show.”

The goal of the show is to raise awareness about systemic racism and violence against Black and Indigenous individuals and communities by showcasing radical BIPOC activist-artists and raising funds for organizations that do legal advocacy for BIPOC, Kate explained.

All of the performers self-identify as BIPOC, and all of the proceeds from the show are being donated to the Black Legal Action Centre; Raven Trust, and The NAACP Legal Defense Fund.

RAAAAR! tickets and a link to the GOFUNDME page for donations can be found at Eventbrite: https://www.eventbrite.ca/e/raaaar-radical-artists-and-activists-against-racism-a-variety-show-tickets-111330021090?aff=ebdssbeac

Finally, even if you cannot attend the event, Kate would be grateful if you could still donate and purchase a ticket to support this important cause.

“Please be as generous as your budget allows,” she said. “All of the money you donate will help support legal advocacy for BIPOC. From police violence, to pipelines, to illegal occupation of land, legal advocacy is critical to racial justice. Monetary donations to these effective and nimble organizations are a valuable way to contribute.”

A brief history of David Bradstreet as ...