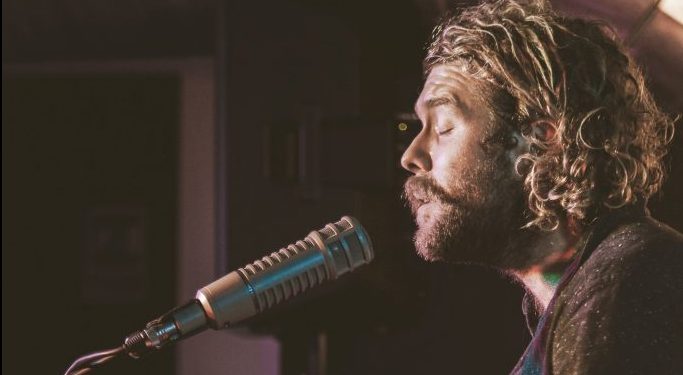 Today is an exciting day here at Roots Music Canada. It’s the day we uncover the results of our first ever fan survey aimed at helping artists plan the coming months in an era of almost no live music.

We launched the survey at the end of May and asked fans to tell us more about themselves and what they want. What, if any, kind of live performance would they be interested in right now? What is the role of streaming concerts in their lives? How have their patterns of recorded music consumption changed since the pandemic started?

We shared that survey on a couple of Canadian folk music Facebook pages and a whole lot of individual artist pages. Our enormous gratitude goes to all the artists and organizations who shared it.

We received a total of 215 responses, and while a few Americans slipped into the mix, well over 200 respondents were Canadian. It’s a small sample size, and it wasn’t a scientific poll, but the results seemed to remain consistent as a wide variety of people from across Canada weighed in.

We’ve posted all the pie charts and graphs from the data in a separate story here.

But we wanted to also share some thoughts after watching these results come in over the past four weeks.  Here’s our advice for artists, based on what we’ve seen.

1. Your fans can still afford to support you – and they want to

Nearly 55 per cent of our survey respondents told us that their income is unchanged due to COVID-19, and they are still able to support their favourite artists the way they always have.  Many are already making deliberate efforts to help by buying tickets to streaming shows, tipping artists who perform for free, buying music and merchandise from artists, hiring them for music lessons, and even donating directly to artists through email money transfers. Several fans told us that music has been helping them get through the pandemic, and they’re worried about artists’ financial wellbeing.

2. Take advantage of the summer to play as many small outdoor gatherings as you can

Nearly 72 per cent of fans told us they’re comfortable attending a small outdoor gathering, provided precautions are taken.  That’s a LOT more than the measly 33 per cent who said they’d be open to a small indoor gathering. So take advantage of the summer to play outdoors as often as possible, because getting people together in the winter, until we’ve cured COVID-19, might be tough.

Exactly how many precautions need to be taken for people to feel safe at performances depends on who you talk to, but the biggest issue for most people – 38 per cent – is the strict enforcement of physical distancing. They don’t just want the minimum six feet between people.  They want lots of space. Thirty-one percent also want to make sure that handwashing or hand sanitizing stations are readily available. And 18 per cent want masks to be mandatory.

3. Offer your fans the opportunity to book you to play their backyard or street – and give them detailed instructions on your web site on how to do it

Around 40 per cent of our survey respondents took an interest in promoting concerts by artists, either in their back yards or on the streets in their neighourhoods. And when we offered them a chance to give us their email addresses so we could send them more information on how to do it, well – let’s just say we’ve got lots of emails to send.

Artists might be wise to advertise fees and booking conditions for such performances right on their web sites, in order to hand-hold their fans through the process of doing shows with them.

So exactly how many want to do this?

A whopping 41 per cent of our survey respondents took an interest in the Curbside Concerts model developed by Calgary artist Matt Masters, in which neighbours band together to hire an artist to play an amplified set on their street.  What’s more, when we asked those people what they thought their neighbourhood could afford as a fee, more than 45 per cent said $300 to $600, and a full 15 per cent said they’d pull together $1,000 or more if they could hire their favourite artist.

Nearly 40 per cent of respondents also took an interest in hosting concerts in their back yards – and another quarter said they wished they could do it, but they had no yard to host in.

4. Charge money for your streaming concerts

Fans told us that their online concert-going habits are shifting away from free performances on social media and toward paid concerts through platforms such as Side Door.  In fact, a full 27 per cent of survey respondents said they would rather pay to watch a show with a dedicated audience than surf free shows on Facebook.  At the same time, viewership of live streams may be trending downwards, according to our data, as people spend more time outdoors in the summer weather and take up other activities. So make your streams count.  Get yourself paid properly for your efforts and give your fans an experience that’s worth making room on their calendar for.

5. But also, up your game when it comes to live streams

While several fans told us that music has been instrumental in helping them get through the pandemic, several also complained, when we provided an open-ended opportunity for comments, about the inconsistent quality of live streaming concerts.  Too many artists are still trying to stream using wifi instead of plugging into an ethernet connection and using some basic gear to deliver quality sound. If you haven’t already put your set-up to the test and invited enough audience feedback to know for sure that it’s working well, consider checking out these articles as a starting place on how to rock this. Also, if there’s one investment that might be worth making during the pandemic, paying for a higher speed connection might be it.

6. But also, you might want to cut down on streaming for the summer – and when you do play, play later in the evening.

As previously mentioned, a significant number of fans tell us they’ve been watching fewer lives streams than they were in March when the pandemic first hit Canadian shores. Twenty-seven percent blame that on the nicer weather and the desire to be outdoors. Twenty-four per cent say they’re just losing interest in the experience, and another 16 per cent say they’re keeping busy with other activities (note: people were able to select more than one response, so do not add these numbers up).

That said, lots of people still are watching streams, including a healthy minority who are recent converts to the experience, and some people told us these shows are keeping them sane.  But why overdo it during the summer months when so many fans are hoping to see you live in the flesh in whatever way the COVID gods permit?  If you are going to do streaming shows, think about doing them later at night so you’re not competing with daylight.

As one fan wrote:  “My days are busy with hiking with my dogs, gardening and other chores around the home. I like to kick back and listen to music in the evenings.”