Music community gives generously in the midst of pandemic 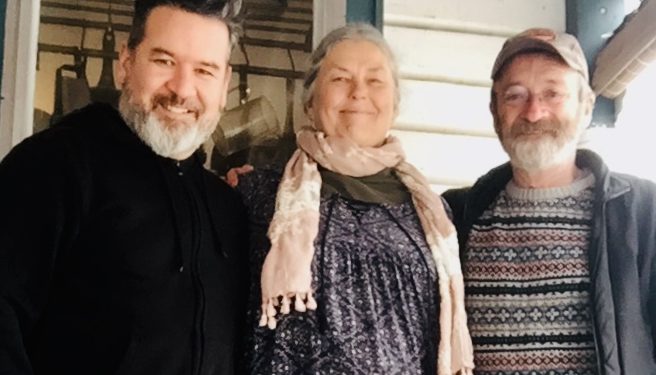 It can be easy, in the midst of a pandemic, to obsess over the bad. But while this terrible event continues, there are many involved in the music scene doing their part to generously offer services and whatever else they can to ease the burden.

Mark Watson at Watson Entertainment (that’s him on the left in the photo above) is offering free consulting for artists and managers — and with the degree of uncertainty that exists right now around the future of the performing arts, any inside information may be of enormous value.

“I certainly don’t have all the answers given the uncertainty of the market,” he said in a Facebook post announcing the offer, “but perhaps I can offer some positive direction forward. At the very least it would be nice to catch up with some of you and/or meet some new people.”

His colleague, booking agent Ryan Heeschap, is doing the same, and a similar proposition is being offered by Kari Zalik from Bad Parade: free, 30-minute consultations over the phone for anyone interested in PR.

“We can chat about your goals, previous releases, and I can walk you through some useful tips that could help with your upcoming projects,” she said in a Facebook post. For artists able to utilize the free time offered by the pandemic to plan their futures, this could be used as a stepping stone to get their projects off the ground.

This same free time has also inspired two Ottawa residents to give in a unique way. Musician Lynne Hanson and her husband Dave Harries, a sculptor and former mechanic, have been auctioning off visits from a gigantic crow statue that Dave welded from old car parts and bathtubs — a bird called CROWVID-19. At over 2.5 metres head-to-tail and coming in at 90 kilograms, this metal crow isn’t just an art project; it’s a way for Dave and Lynne to help the people who’ve been hit hard by the shutdown: the highest bidders host the bird for a week, with all proceeds going to the Ottawa Food Bank.

Dave’s phone has been ringing off the proverbial hook since CROWVID debuted. He told the CBC, “If the crow can be … something to look forward to that’s bright and beautiful instead of all the dark and dour news that’s out there, and it gets people thinking about contributing to a local cause … that’s all I’m really interested in.”

Al Rankin, the artistic director of the Blue Skies Festival, is also doing his part to give back to a struggling community. Blue Skies was to celebrate its 47th anniversary this summer, but like all festivals, it had to postpone. This after most musicians had already been booked and some had even received 50 per cent of their fees as deposits. But Blue Skies didn’t ask for a refund.  On the contrary, Al said.

“At a meeting of over 100 Blue Skies volunteers it was unanimously decided to support musicians by using 50 per cent of our artistic budget to pay not only the bands that had been contracted but also any to whom we had made a verbal commitment. Essentially it meant that every musician who was intending to play Blue Skies in 2020 received half of their fee.”

Roddy Campbell of Penguin Eggs magazine is sharing in this spirit of generosity as well. As many stores that would normally carry the magazine have closed — and may be closed for the foreseeable future — the folks at Penguin Eggs have done what would have been unthinkable only months ago: “We have decided to ease the burden of self-isolation for many folk and roots music fans by posting the magazine online for free,” Roddy wrote in an email to fans.

“Please share our links with anyone who you think would enjoy the content. If you feel like leaving a donation, we would be extremely grateful, but please don’t feel obligated. Enjoy.”

If anyone’s interested in contacting Mark, Ryan or Kari, they can be reached at mark@watsonentertainment.com (Mark), ryan@ibookshows.com (Ryan) and kari@badparade.com (Kari). Penguin Eggs can be viewed at https://www.penguineggs.ab.ca/current-issue/showcase-article, and CROWVID-19 can be followed on Twitter @crowvid19 or on Facebook.

How’s everyone doing out there? (June ...