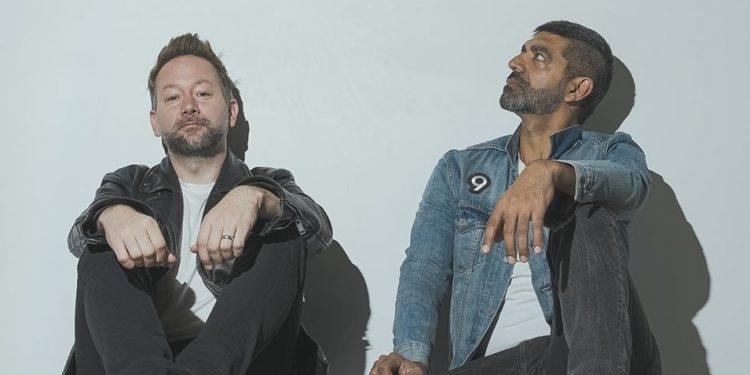 Canadian blues-rock duo Wide Mouth Mason has released an animated video for its song “Some Kinda Requiem” from its recent release I Wanna Go With You.

Directed and animated by Toronto-based artist Theo Kapodistrias, the video is an incredibly rich and insightful interpretation of Wide Mouth Mason’s lyrics.

“The raw nature of the visuals allowed me to maintain a fluid creative flow that wasn’t bogged down in meticulous planning,” Theo said. “Many of the visuals make reference to 50’s pop culture and mirror the song’s theme of resilience. … At the core, it was my intent to capture the upbeat, free spirit tone of the music.”

“Some Kinda Requiem” is a masterfully crafted blues number featuring Shaun Verreault on vocals and guitars and Safwan Javed on percussion and vocals.

“The song is a middle finger raised for as long as possible to the face of an inevitable fate”, Shaun said. “We’re delighted by how Theo’s video lands somewhere between a Sesame Street animated short and a mushroom trip on the verge of going wrong. That netherworld as awake drifts into weird dreams half tethered to literal images and half-wild flying hallucinations.”

Released to extensive international airplay and reviews, I Wanna Go With You is the band’s eighth album and is an incredibly creative and refreshing blues record from one of Canada’s most beloved bands.