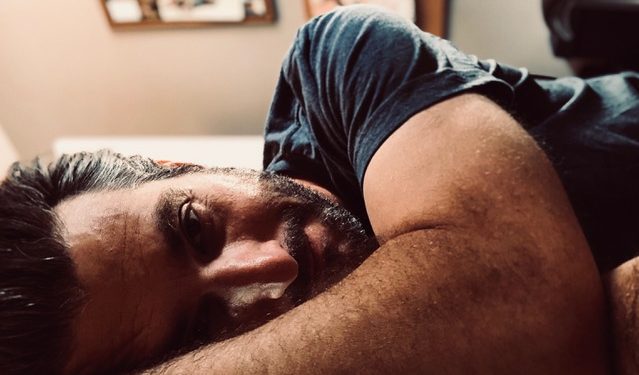 Relying on the vintage pop savviness that’s brought him international acclaim over the past few years, Toronto singer-songwriter Jon Stancer‘s new single transforms Neil Young’s “Comes A Time” into a lush, Beatles-esque anthem for our uncertain times. The track follows closely on the heels of Jon’s other single release this summer, “Chase The Moon,” and is likely a preview of the follow-up to his 2017 full-length album, For The Birds.

Explaining why he chose to apply his approach to “Comes A Time,” Jon said, “I’ve always revered Neil Young, and I’ve been singing this and many other songs of his throughout my life. I had been doing this one a little differently though, and I liked the feel of it enough to try to record a version of it. I was just kind of chipping away at it for fun, as an exercise and as a diversion when I didn’t feel like working on my own songs.”

Jon put “Comes A Time” together with his frequent co-producer Jono Grant, although they were forced to work remotely due to social distancing restrictions. After exchanging some overdubs and mixes, Jon was thrilled with the final results and wanted to share it with those who may not have heard the song before, or would appreciate a different perspective on it.

“For me, there’s an overall sense of beauty and awe about this song, but with a tinge of what feels like a warning or caution – even in the upbeat, countrified original version,” he said. “This is a less gleeful, perhaps more dramatic rendering, likely a reflection of how the world has looked and felt to me the last few years. There is an air of disquietude to it.”

Jon Stancer’s songs comprise and embrace a variety of popular styles, but he is mostly considered to be an alternative-pop-rock artist. He has worked and collaborated with many other artists over the years, including Hawksley Workman, John Southworth, and members of Dragonette and The New Deal.

In the two years following For The Birds, Jon released the well-received singles “Not Far From The Truth” and “Can’t Get It By You,” but his plans to release a full album by the end of 2020 have been curtailed due to the pandemic. Until that can happen, he plans on continuing to put out new material in pieces when he can, with all of it eventually adding up to another alt-pop tour de force.

We’re proud to premiere Jon Stancer’s “Comes A Time,” and you can hear more at jonstancer.bandcamp.com.

Why you need to discover the Treeline ...