Live music … now what? Seven things to watch for 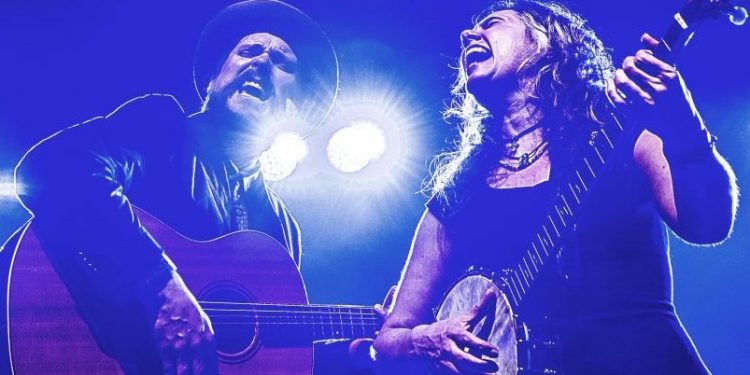 COVID-19 has killed live music until at least sometime next year. That seems to be the consensus of the agents and promoters I’ve spoken to over the past two or three weeks.

British Columbia’s chief medical officer of health has told people that the province’s ban on gatherings of more than 50 people will likely carry on for a year, and Ontario paused plans to move to phase two of its reopening because its COVID-19 caseload started trending upwards within days of phase one taking effect.

A survey by Music Canada found that around 40 per cent of Canadians don’t plan to start going to concerts again until at least six months after permission is formally granted. And given that people who attend folk concerts are often members of the older demographic who are considered most vulnerable to the ravages of COVID-19, it’s possible many of them will stay away until a working treatment or vaccine is available.

Which raises the question: what now?

“When this first hit, there was a huge feeling of, ‘We’ve got to get ahead of this,’” said Tom Kemp, the senior vice president of the Feldman Agency, which represents Basia Bulat, the Good Lovelies and David Myles along with a roster of pop stars such as Bryan Adams and Carly Rae Jepson.

However, as uncertainty has grown over when live music might happen again and how many people might be allowed to gather at once, he said agents and promoters are taking a step back and waiting to see what happens.

“Everyone’s looking for an answer that isn’t there yet,” he said, adding that his agency has advised artists not to expect work until at least January.

Apart from the obvious limits on crowd sizes, other variables impacting the return of live music include the reliability of the ancillary services needed to put them on.

Vic Close, who runs Calgary’s Fish Creek Concerts, said he’s reluctant to work with online ticketing services such as Ticketmaster at the moment because reports of people having trouble refunding tickets make him reluctant to schedule shows that could wind up being cancelled.

So what’s everyone doing in the meantime?

Feldman has seen an increase in corporate work online now that businesses are moving major conferences and events to Zoom.  Where once a musician might get big bucks playing a lunchtime concert for a sales convention, now they might be providing streaming entertainment to the same group of sales professionals to help them recover from an afternoon of non-stop webinars.

“That’s an area that will continue to grow,” Tom said.

But the format requires a large parking lot and access to technology that broadcasts the output from the sound board to people’s car stereos via a low-power FM signal.

That technology is pricey, Tom said.

“The drive-in thing is a lot of talk right now,” he said. “As of yet, it has not been proven to be a highly viable economic model.”

Artist manager Mark Watson, who works with David Francey and Madison Violet among others, agreed – saying that one festival he works with had looked into it and found it cost-prohibitive.

Vic Close, who runs Calgary’s Fish Creek Concerts, said he priced the systems out a couple of years ago; at that time, a system big enough to cover his 300-seat venue would’ve cost between $6,000 and $10,000, he said.

Still, the idea of gathering people in vehicles for live performances is not dead.

Promoters could potentially partner with campus or community radio stations to present drive-in concerts.  Rather than using a special system to broadcast the audio to spectators’ vehicles via low-power FM, the radio station could simply broadcast it to their entire listening audience as a live concert special – with those at the outdoor venue having the exclusive privilege of viewing the event as well.  Vic said it’s something he might bring up with CKUA, Alberta’s province-wide public broadcaster.

Meanwhile, booking agent Ryan Heerschap, who works with Irish Mythen, Dave Gunning and Fred Eaglesmith among others, said he has a client who lives on the waterfront and plans to perform an amplified boat-in concert for those with vessels in the area.

As soon as New Brunswick started loosening its restrictions on social distancing, Ryan said he had people asking to book artists for back yard gatherings, a variation on house concerts that he believes could take hold this summer.

Rather than playing single, 90-minute shows for 200 people before moving to other towns, Ryan said artists could potentially play multiple shorter shows in the same town or neighbouring communities. Exactly how many would depend on their vocal endurance.

Rather than going on the road – even if it’s just to another neighbourhood – Calgary artist Michael Bernard Fitzgerald booked himself a series of near-nightly concerts in his own back yard, which run from early June through mid-August. Tickets to the four-seat concerts sell for $35 each, and the “season” is completely sold out, according to Michael’s web site.  According to the Moose’s math, that nets him $7,000 for two and a half months of work. It’s not what he’d make on a national tour, but it beats the Canada Emergency Response Benefit.

Concert promoters too are looking at ways to bring their audiences together outdoors. Granville Island in Vancouver recently approached the Rogue Folk Club about hosting events in its outdoor performance area – an opportunity that artistic director Steve Edge said he’s enthusiastic about trying to make work.

5. Concerts on your street?

Another Calgary performer, Matt Masters, has launched another innovative answer to socially distant shows:  Curbside Concerts.   Any group of neighbours that can pull together $300 can have an artist perform a 45-minute amplified concert on their street, which they can all watch from their front steps or balconies.

Once the weather starts cooling off, bringing people together while keeping them apart could get a whole lot more complicated.

Ryan said he’s talking to venues that typically host 200 people for 90-minute sets about hosting two 60-minute shows for 50 people each – all appropriately distanced from one another – while also offering a streaming option for those who can’t attend in person.

“I think those tickets will definitely have more of a value versus the quote-unquote streaming show but what that difference is I’m not quite sure yet,” he said.

Ryan also noted that it’s hard to predict how much artists and promoters will be able to command for tickets come the fall simply because of the economic situation.  After all, the Canada Emergency Response Benefit ends in October, and the Prime Minister has hinted that the government cannot sustain its level of emergency funding forever. Unemployed Canadians may be forced to tighten their belts to more painful degrees just as artists are finally hoping to get back in the game.

For Vic’s part, he’s not sure that putting 40 people in his 300-seat venue is viable anyway, nor is Steve Edge at the Rogue.  Both said they’re in a holding pattern while they wait to see what comes next.

Meanwhile, the streaming continues with more and more artists looking at ways to monetize their performances.

While Side Door has become an invaluable resource for artists wishing to earn money from streaming concerts – going so far now as to facilitate partnerships between artists and promoters that allow artists to provide a per centage of their take to promoters in exchange for rustling up audiences for them – others are entering the arena too.

Ryan has also built a digital platform for his artists to perform on. He’s currently continuing to develop it so that it can be branded to promoters.

“There’s going to have to be an adjustment on the part of agents, artists and promoters,” Ryan said of the months to come.

“It’s just a continued work in progress for everybody.”