Sierra Noble is asking for help after her Facebook page … vanished! 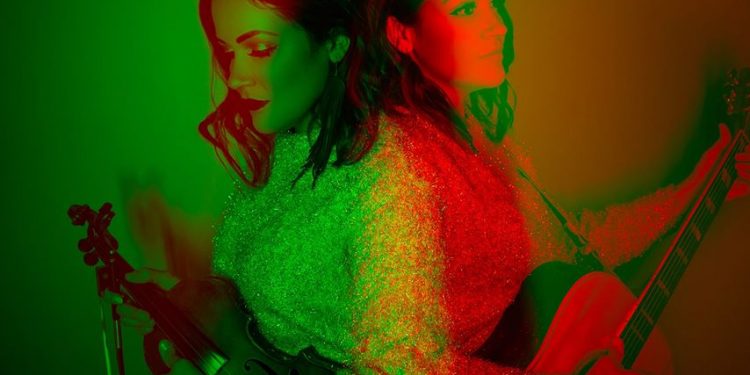 With the world in the middle of a pandemic and live music on hold for the foreseeable future, you would think that nothing else could possibly go wrong for a touring musician, right?  Well, you’d be wrong.

Winnipeg-based singer-songwriter and fiddler Sierra Noble woke up a few days ago to find that her Facebook fan page, which hosted over 30,000 followers, had been hacked and was gone! Not only that, but it is unlikely that she will be able to get the page restored.

She is far from the first artist that this has happened to, but the timing could not be worse. Sierra – who released her debut Metis fiddle album at age 13 and who’s opened for Paul McCartney, Bon Jovi, and Johnny Reid, and performed at the Opening Ceremony of the 2010 Winter Olympics – is about to release highly anticipated new music for the first time since 2016 – and it’s hard to get the word out to your 30,000 fans when your connection to them has just vanished.

Sierra is asking fans to help by liking and sharing her new page at  https://www.facebook.com/sierranoblemusic/

She is looking at this loss as an opportunity to reconnect with fans in a more meaningful way, she said.

“This pandemic is forcing all of us into one kind of reset or another, a fresh start, and – outside of the tragic loss of so many around the world – there’s a lot of beauty in seeing that reset to me as I think it was long overdue for society. We were becoming very passive in our connections with one another. Scroll, like, scroll, like, but not really connecting. Did I want my Facebook page to disappear? Absolutely not, but I’m choosing to see this as an opportunity to start fresh and reconnect in a more meaningful and conscious way with my fans. I don’t care about the number, but I’m heartbroken over being disconnected from that community. The fans who have been reaching out since this happened, well it feels like catching up with an old friend after not seeing each other for a long time, and renewing the spark of the connection we had in the beginning.”

During this time of isolation and social distancing, Sierra continued to maintain the strong relationship she has with her fans via the Facebook page and other social media platforms by live streaming shows and sharing news, pictures, videos, and memories. She’ll carry on doing that with the new one.

How’s everybody doing out there?