How’s everybody doing out there?

As we head into the summer, we’re approaching that time of year when artists, fans and industry people would normally be gathering at summer festivals and catching up after months of not seeing each other. That’s just one part of the summer festival experience we’re missing out on this year, but we’ve decided to do something about it here at Roots Music Canada.  We’ve started calling up friends and colleagues in the music business – and we’re going to start reaching out to fans too – to see how the last two months of have gone for them.  We’ll be featuring clusters of their responses in these columns.  So without further ado, here is the first installment of How’s Everyone Doing Out There? 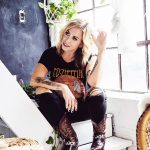 Amanda had only just moved back to her hometown of Ottawa after several years in Toronto, when the COVID-19 pandemic hit.  The first couple of weeks, she said were depressing as she pondered the prospect of not playing music with her friends or interacting with audiences for the foreseeable future.  As time has gone on, she says she’s started writing more, and she’s also busy working on the Indigenous Music Summit for 2021 with Shoshona Kish from Digging Roots – and planning for contingencies should social distancing requirements extend into the new year. Also, “I’m sleeping lots more,” Amanda said.  “This is the most I’ve not travelled in 15 years!” 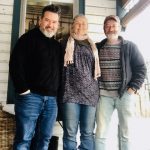 “Of course, when it first happened it was devastating seeing tours going away,” Mark said, but once he’d accepted that 2020 is basically a write-off – he’s telling his artists not to expect work until year-end or into 2021 – he started to appreciate the opportunity to “reset” and focus on finishing albums, making videos and creating other kinds of content.

“So far, I’m feeling probably more chill than I have in a long time,” he said – though he conceded that could change when the aid money stops flowing.

He said lockdown has given him the opportunity to listen to more music, and even to sign a couple of artists: Amy Bishop and the St. Catharine’s band Lastly.

He’s also been home schooling his two kids, ages 10 and 13, while his wife works as a nurse.

“It was stressful at the beginning,” he said of her experience in the trenches, noting that the hospital didn’t have adequate personal protective equipment at first.  It’s better now, but, “it’s by no means perfect,” he said.  Now staff get one mask at the start of the day, and they have to make it last, he said.  Previously they’d change them after every patient.  “It’s frustrating that they’re almost changing the science now to make it ok,” he said. 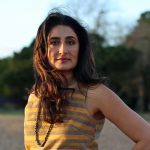 Kiran resides with her husband, Rez Abbasi, in one of the epicentres of COVID-19: New York City – though you wouldn’t know how badly the city has been hit just from walking down the street, she said.  The stores there have been closed as they have been everywhere, but it’s not like COVID-19 really announces itself in public. A large, old church in their neighbourhood was turned into a hospital, but they only found out about it from the news, she said.

Kiran and Rez know several people who have come down with the illness, and most, mercifully, had only mild symptoms – though one said it was the worst illness he’d ever experienced.  The businesses they patronize haven’t fared so well though. The owner of one of her and Rez’s favourite local coffee shops told them he’s depressed because he’s not getting any kind of viable government aid, Kiran said.  He can’t function as a take-out place and yet his landlord is demanding rent still.

“Emotionally it’s hard because we’re hearing such terrible news, and there doesn’t seem to be a well-thought out plan to end the lockdown, and there’s conflicting news everywhere,” she said. “There’s so much uncertainty that it can get very very sad.”

On the day that I spoke with Kiran, the sun had come out after a stretch of wet weather that had only added to the sense of melancholy – so she and Rez had taken a necessary break from work to get coffee and get some sun in the park.

Kiran’s parents are back in Markham, and a friend has been helping shop for them. Kiran and Rez have been paying it forward by doing their grocery shopping together so they can each buy their limit of disinfectant wipes to distribute to people they know who need them.

On the work front, Kiran like everyone else has seen her tours cancelled, which in her case included an April tour and a summer Canadian tour.  So now, instead of preparing for that, she’s applying for a Canada Council grant to adapt some of her music for a duo – she and Rez – and compose some new material, all in the interest of putting together a concert they can stream. 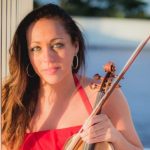 COVID-19 really couldn’t have hit at a worse time for fiddlers.  Most event cancellations happened the week of March 10, just as St. Patrick’s Day was approaching. And it really doesn’t matter what kind of fiddle music you play; somebody will want to book you for St. Paddy’s.  In Ivonne’s case, she had 10 gigs lined up. Nine of them got cancelled. To top it off, she’d been sharing a condo with one of her best friends, but that friend moved out in mid-March. So there she was, alone in her condo, unable to visit her parents and unsure how she was going to make a living.

Fortunately, Ivonne had increased her music teaching in recent years so she could spend less time on the road, and she’s stepped up her teaching since her shows got cancelled, offering classes on Zoom and attempting to manage her two fiddle groups that way.

“I’ve been working so hard this entire quarantine,” she said.

She also performed an online concert and decided to hold an online jam session on May 1, playing some of the songs that would normally be played at the jam sessions run by the Victoria Fiddle Society.  She went to her mom and dad’s house – they’re part of her “safety bubble” now – and her mom accompanied her on piano. They played at different speeds for people at different levels of proficiency, set up a laptop so they could see people leaving requests in the comment section, and put out a digital tip jar for donations. And although it was weird playing for her cell phone, she said, a lot of people joined in, and it was lovely.

“It was super fun for me,” Ivonne said. “My mom had a great time jamming.

In fact, it was so great, she followed it up with another one.

Sierra Noble is asking for help after ...