Lynn Jackson roars back on her new album, Lionheart 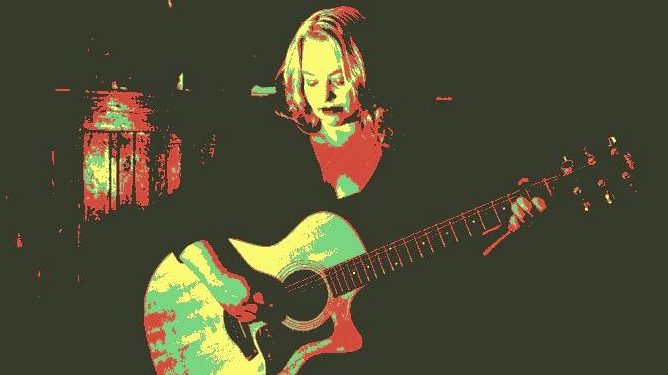 Over the course of her 15-year recording career Lynn Jackson has primarily been known as an acoustic troubadour, but she has never been afraid to resist that tag, particularly with her most recent work. On her 11th release, Lionheart, out today on Busted Flat Records, Lynn strikes a perfect balance, drawing from the diverse musical talent pool in her native Kitchener-Waterloo, ON, with the results adding up to her most dynamic and satisfying collection of songs to date.

Having worked with Cowboy Junkies’ Michael Timmins in the producer’s chair—along with members of Skydiggers and other notable Toronto roots rock figures—on her acclaimed 2017 album, Follow That Fire, Lynn chose to stay closer to home with Lionheart, taking control of the production reins with a specific vision in mind. Lionheart became a community effort in the studio, with the results ranging from the irresistible roots rocker “Running It Down” and the stripped-down folk of “Stormy Eyes,” to the sultry, minor key blues of “Outcast” and the hard-edged rock of “Cobwebs” and “Sometimes It’s OK.”

While some will immediately hear Lou Reed’s influence on “Cobwebs,” there are other ghosts present on Lionheart. Along with a cover of John Lennon’s “Working Class Hero” that brilliantly utilizes the dual fiddles of Wendy Wright and Alison Corbett, Lynn wrote “The Sound Of Everything (For Leonard Cohen)” in tribute to one of her other heroes.

“I had a gig the night it was announced that Leonard Cohen had died,” she said. “Afterward, I came home to my rehearsal space, opened some wine, and started putting his records on. There was a weird moment when tears started to flow, and I picked up my pen just to write anything. It became the first verse of the song, and after I read it a few times, the rest just poured out. I left it for a few months before writing the music, which I kept low key because I thought it suited the words.”

As she has evolved artistically, Lynn admits she’s learned from Cohen and other songwriting icons about the benefits of capturing a moment, rather than belaboring the creative process. As producer of Lionheart, it forced Lynn to walk a fine line between meeting her own high sonic standards while allowing the players’ personalities—including her own—to shine through. That she pulled it off so confidently speaks volumes about how far Lynn has come, and how far she can potentially go. Get more info at Lynnjackson.net.