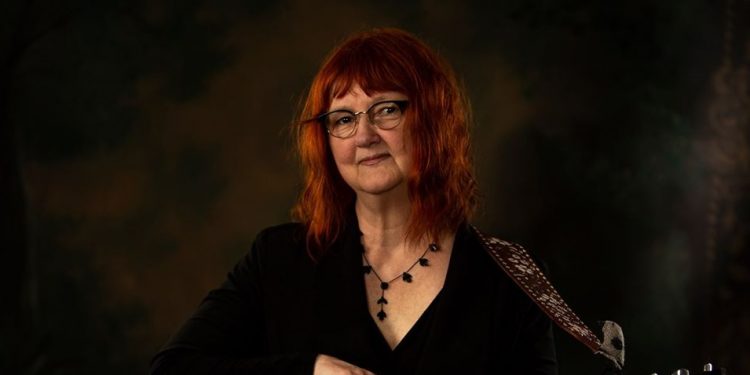 I sure hope you’re all doing ok out there, social distancing, staying healthy and holding on to your sanity!

My husband James and I are hunkered down at home. James is working on renovating rooms in our house that have been neglected, given that we’ve been on the road for much of the past 12 years since setting up house here in Nashville, TN. I’ve been busy writing and trying to figure out how to navigate the future. It’s a whole new frontier out there, and with all my shows having been canceled for the foreseeable future, I’m trying to figure out how to stay relevant and viable over the coming months. All the new technology that’s crept up over the past nine weeks has been incredibly challenging too, and I’ve been watching a lot of webinars and youtube videos trying to figure it all out.

On March 29, I decided to do my first online show called “Come On Up To The House.” I decided to use Facebook Live, and it turned out to be a two-and-a-half hour “by request” show! I had a blast and was really grateful to have so many folks tune in. People were very generous, and we were pleasantly surprised by how successful it was. It’s kind of amazing being able to do a “live” show and have people tune in from all over the world at the same time, something that wouldn’t happen under “normal” circumstances. The chat window was busy, and I think folks were really enjoying the connection having been isolated at the beginning of this whole thing.

I was tuning into many of my fellow artists’ shows and picking up tips and ideas along the way. Most of them had been on Facebook Live but a few brave souls were looking to Zoom to host their online shows. I really loved the format. It was fun seeing everyone, and being able to hear their enthusiastic hooting and hollering and applauding made it seem like a real show.

I decided to start a new Zoom series called “Come Out From Under The Covers,” and instead of doing it on my own, I thought it would be fun to reach out to some people I’ve worked with in the past. My first show featured interviews and songs from special guests Gurf Morlix (Austin, TX producer and songwriter/multi-instrumentalist) and Daryl Wayne Dasher (Nashville, TN songwriter and producer). Gurf had produced my second solo recording, and Daryl and I have been co-writing for the past three weeks with great success, I’m happy to say. The show was easy-going and engaging, and we received really positive feedback. People were moved by the whole event and loved the interaction amongst the audience and with the artists.

I used a paywall for that show, but in retrospect, I didn’t feel comfortable having people pay if they weren’t able to afford it. I’ve decided to make future shows in this series free but am asking for donations for various charities, the first being Jammin’ At Hippie Jack’s. Their mission is to promote, present, and preserve Americana roots music, while serving the under-served people of Appalachia with fairness, dignity, and compassion.

These communities were hit with a double whammy after suffering a massive tornado on March 3 that killed 24 people, and now with the Covid-19 situation they are really struggling. We hope to be able to raise enough money to contribute to the efforts that Hippie Jack founder Jack Stoddart has undertaken in helping these marginalized people.

So, please tune in this Sunday, May 24, 4 p.m. ET / 1 p.m. PT for the second episode in my “Come out from Under the Covers” series when my special guest will be the great Colin Linden.

Colin is a member of the highly successful trio, Blackie and the Rodeo Kings, musical director on the hit TV show Nashville and sideman to the stars as guitarist for the likes of Bob Dylan, Bruce Cockburn, Emmylou Harris, Robert Plant and Alison Krauss.” http://colinlinden.com.

Space is limited so please reserve your spot now at https://lindamcrae.com/online-shows .

I’ll be hosting these shows every other Sunday so tune in for another very special guest on Sunday, June 7.

Lynn Jackson roars back on her new ...