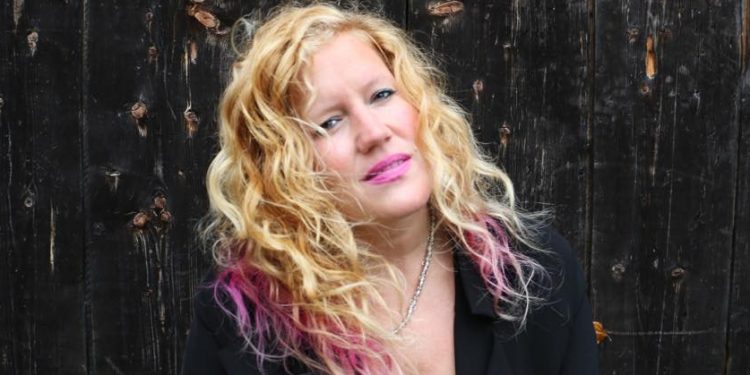 Not only are we super thrilled here at Roots Music Canada to premiere a new song from Lindsay Ferguson; we’re also thrilled to share another piece of her wonderful writing. Lindsay wrote this piece about the song’s creation. You’ll find the video for the song below it.  It will be released to the rest of the world tomorrow.

I can sit down and put a pen to paper, I can strum my guitar and listen for the melody, I can combine both to create a song, but what does it take to get a song out of my living room and into yours?

On that fateful afternoon, when “Siren” was born, I sent the rough draft/iPhone recording to a couple of trusted people straight away and was, surprisingly, told that it didn’t suit them. I’m not sure why, but the negative feedback made me want to work at it even harder, to get to know it even better. That I did, and eventually, I brought it to the stage with me, observing the audiences reaction. It always delighted me (delights me!) to sing this song, because it evokes certain reactions in people which I do not get from some of my other songs. Reaction, to me, is the most important thing! Good or bad, if it makes you FEEL something, then I am doing something right.

Eventually I took “Siren” into the studio at Big Muddy Studios in Carleton Place, ON with Brock Zeman (Brock produced my last full-length record, Chameleon, in 2015.) Along with Brock’s instrumental skills, I invited Blair Hogan to play whatever he felt like playing, and the song became almost what it is today. I had to re-record my vocals, as the ghost vocals just didn’t cut it! They rarely do. “What are ghost vocals,” you ask? When you take a song into the studio (for others to play on) you have to record yourself playing it to a click track, so it does not veer out of time, no beats missed, so everyone can play along also not missing a beat. You can imagine having a “tick tick tick tick” in your ears while you are singing can be a little annoying, and singing, annoyed, usually doesn’t come out so nice, so yeah, I had to re-record my vocals, this time singing along to the fully produced version. Thanks to Christina Rieder for our vocal recording session. Then the song had to be sent to a mixing engineer, basically a new set of ears, to make sure it all sounded “right.” Not everyone can be trusted to do such a thing, but after working with Steve Foley of Audio Valley Recording Studios for my 2015 record, I knew I could trust his ears, and I was correct! Thanks Steve! I LOVE your ears! After mixing, I had to send it to get mastered. Some might compare mastering to a bowl of spaghetti. The noodles and sauce are great, but that melted cheese on top just adds to it and makes it that much yummier (vegan or not!) Enter Jason Fee of Conduction Mastering, with those finishing touches and Presto! The song is ready.

I wanted to get a lyric video for the song before its release, since people (myself included) like to watch and listen, so I headed over to Fiverr, where I found Youssef from Egypt. And please, do not be mistaken, if you think that you can buy a video for a fiver, try multiplying that by about 100 and you might be closer to the truth. Anyway, talk about having FAITH in a stranger. Well, it turned out he really liked the song and did a pretty good job at the animated lyric video. He also put together a 40-second teaser for me, which you can watch HERE.

I sent the song over to Indiepool, a small Canadian distribution company, and we chose its release date for Friday, May 22 – This is when this little song I wrote in a 200-year-old farmhouse will be released into the world to all the major music platforms.

So when they say it takes a village to raise a song? They are right.

The Jerry Cans have just released a ...

Lynn Jackson roars back on her new ...