The Jerry Cans have just released a new single and album 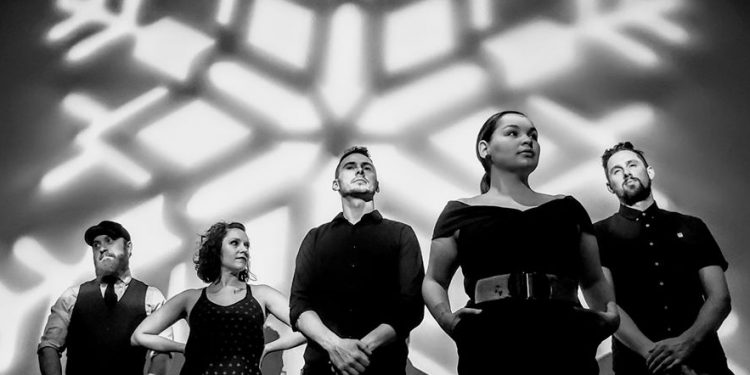 Juno nominees the Jerry Cans have just released a brand new single, “Swell (My Brother)” and their new album, Echos – both of which are on their own Aakuluk Music imprint.

The video for the new song was shot and directed in Iqaluit by Stephen Rigby, the drummer for the band, and embodies the beauty and serenity of the north.

“I wanted to show the everyday beauty of Nunavut and why people choose to live here,” he said. “I basically filmed the places where I spend all of my spare time at home and wanted to show how peaceful it is. Also, as I filmed more and figured that I would be filming everyone individually, I felt it gave the video a sense of being and feeling alone. The thing about it is that when we all feel alone at the same time you can realize that you actually aren’t, because we’re all alone together.”

The theme of isolation captured in the video, with each band member performing alone, is one of coincidence, given the current global pandemic that has most people staying home. The song and its accompanying video deal with the idea of loneliness head-on to tackle the broader issue of suicide, as it’s a matter that is deeply personal for the band.

Andrew Morrison, lead singer and guitar player explained, “Swell (My Brother)” is a song that breaks our hearts to sing, and that broke our heart to write. Over the course of creating Echoes, our new album, two of our childhood friends died by suicide. Before the current pandemic, Nunavut has been struggling with a pandemic of its own.

“Losing family and friends to suicide this way is not new for the band – or anyone who has spent any time in Nunavut. But this song came out of the anger, sorrow, and frustration of this experience. Even as we grow up, we never seem to outgrow these feelings.

“At this point, we could offer statistics that would bring tears to your eyes. We will not do that. To us, these statistics are so much more than that. They are our friends, our family members, and our community members. “Swell (My Brother)” is a song to honour all.”

Echoes, the group’s fourth, full-length record, is a departure from its previous sound. The record arrives with a wash of glassy, slashing electric guitars, thundering drums, effects-warped throat singing, and darkened violin work. These are sounds of love, anxiety, desperation, and grief and the tangled relationships between. It is intense and heavy, a charred, deep-blue Arctic indie-rock soundscape. The result is a spacious, eclectic, and powerful record that weaves from buzzing indie rock to towering shoegaze, from cavernous post-rock and  moonlit country to Arctic post-punk.