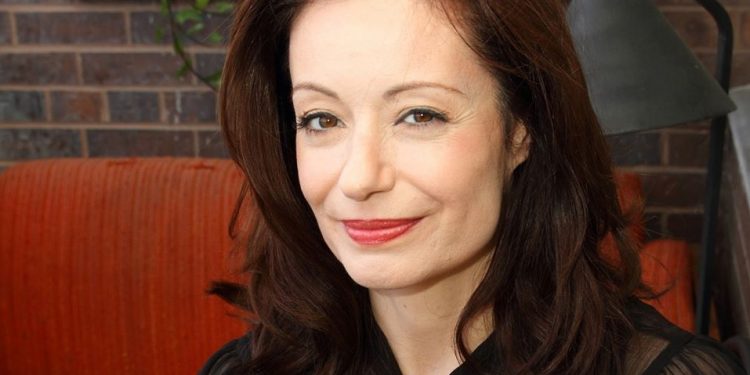 Saskatoon-born, Toronto-based singer-songwriter and actress Melanie Peterson is releasing the title track from her upcoming album on Friday, and we’re super excited to premiere the lyric video here on Roots Music Canada.

The song is called “We Got This,” and it was produced and mixed by long-time Toronto producer/musician Mitch Girio, who’s also worked with David Newland. The understated arrangement features Melanie and Mitch on guitars, Peter Collins on bass and backing vocals, Alex McMaster on cello, Jill Daley on violin and Amanda Penner on viola.

“I wrote this song in a hotel room in Edmonton on a cold winter day,” Melanie explained. “I was touring to Vancouver, thanks to Via Rail’s Artists on Board program and had stopped over to play a show at the charming Blackbird Cafe. After the show, I had two days before the train came through again, so I decided to use my time wisely and write a song and debut it in Vancouver. These three words ‘We Got This’ came to me, and the words and music began to flow. It’s a song about hope and knowing that in the midst of emotional struggle, which I feel is appropriate as we all patiently hope for the best during the COVID-19 pandemic, we look forward to the day we can say ‘We got this!’”

Melanie, who, by the way, played Susan Lopez in an episode of Amazon Prime Video’s new superhero series The Boys, is doing a Facebook Live launch party on May 24 to celebrate the new song’s release.

Have a listen to it here.