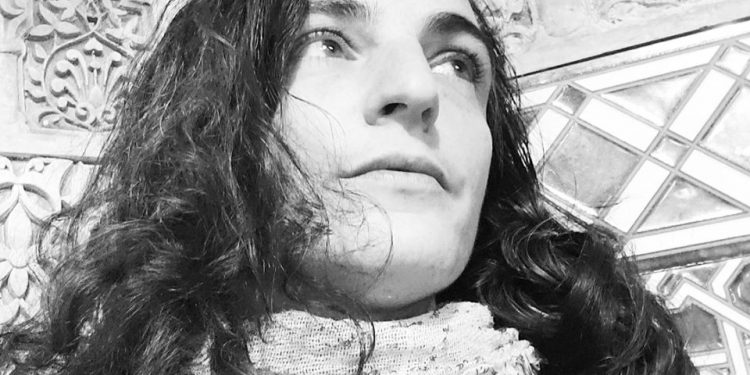 Orit Shimoni begins her new album by counting quietly to four before her band breaks into a New Orleans-style stomp. From there, it’s clear what the mission statement is: a trek through American music over ten, melancholy-ish songs, all of which borrow freely from various eras and styles, only to modernize them in a way that’ll make you forget modernity altogether. This is music for people who were floored by Bob Dylan’s run from Love And Left through to Tempest.

Which is no idle comparison, believe  me. Her band is every bit up to the same challenge that Dylan sets for his, sliding from one style to the next and layering genres with unexpected instrumentation. Even the closest moment on the album to 50’s rock balladry, “Delicate Times,” weaves in harmonizing cellos until one of them is given the solo. The delicacy referred to in Orit’s lyrics are really given life by that instrument’s fragile sadness.

In much the same way, “George Street” glides along with the pedal steel, accompanied by a tremolo-affected guitar that feels like a lonesome trip cross-country. “I came to George Street,” she sings, “to get you off my mind,” and everything about the arrangement, and about her delivery, lets you know it’s just so. This is prosody on a really affecting level, taking the listener from one corner of the continent to the other.

But nowhere is this more apparent than in the album’s most brilliant track, “Song for Townes.” Where else could this song take place, after all, than in a film noir motel? Maybe it’s the soundtrack-level trumpets, the lyrics about the lonely life on the road — maybe it’s something else, but every note, every word of the song is covered in red neon at night. “If the calling is God,” she sings, “I say the muse is the devil. There’s something wrong with this path,” as jazz trumpets sound alongside harmonicas and reverb-heavy guitars. It’s a song about being burdened, of which the patron saint is Townes van Zandt, arguably the darkest individual to pick up a guitar not named G.G. Allin. (Although that’s for very, very different reasons.) She conveys that cursed feeing in a way that would make the old master blush.

There’s plenty more to gain from this album, too. One could spend all day on the acute social satire of “Sharp Tongued Girl,” the incredible levity of “Sally” and the so-pessimistic-it’s-almost-funny closer “Sweet by and By,” in which the end of the world finally turns life’s terrible things into irrelevancies. But all you need to know for right now is that from open to close, you’ll find yourself consistently surprised at the level of ingenuity, flexibility and craftsmanship in every single song. It’s a real gift. It shouldn’t be missed.