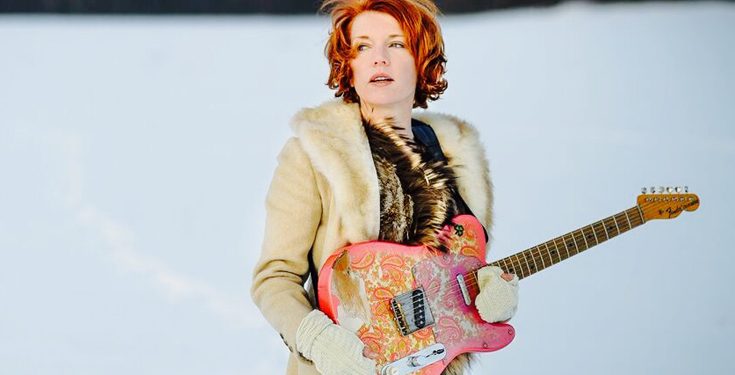 Sue Foley won the Maple Blues Awards for Guitarist of the Year and Entertainer of the Year.

The event brings together blues performers, industry representatives, and fans from all over the world to celebrate the best in blues recordings and performances from the previous year. The BMAs are generally recognized as the highest honor given to blues musicians and are awarded by a vote of the Blues Foundation’s members.

Sue spent her early childhood in Canada and started her professional career at 16. By 21, she was living in Austin, TX and recording for Antone’s — the esteemed blues label and historic nightclub that helped launch the career of Stevie Ray Vaughan.

Her first release, Young Girl Blues, quickly rooted her unique talents as a proficient blues guitarist, inspired songwriter and captivating vocalist. She has since toured steadily with her band, toting her signature pink paisley Fender Telecaster — working and sharing the stage with greats such as BB King, Buddy Guy, Lucinda Williams and Tom Petty.

In 2001, she won the prestigious Juno Award for her CD, Love Coming Down. Sue also holds the record for the most Maple Blues Awards (18), including 2019 Guitarist of the Year, and she has earned three Trophees de Blues de France. Her latest album, The Ice Queen, features the cream of the Texas blues scene, including Jimmie Vaughan, Billy Gibbons, Charlie Sexton and Chris Layton.

As an offshoot of her professional recording and touring career, Sue started a project called Guitar Woman based around dozens of interviews she conducted with the world’s leading female guitarists. She wrote articles, organized and promoted concerts, and worked on a book—fueling her passion for gender studies in music and her desire to bring the work of great women guitar players to light.

How the Barrel Boys are using new ...