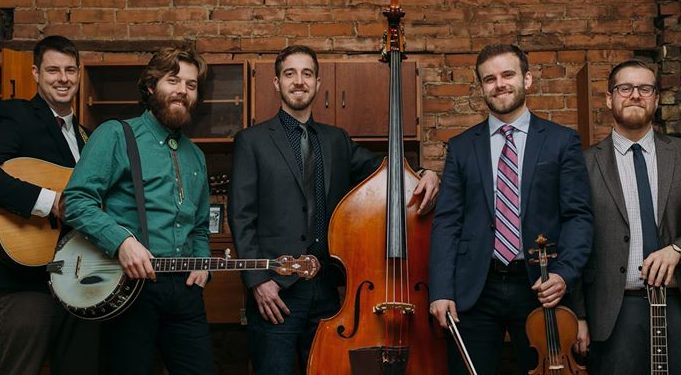 While waiting for an opportunity to drop their newest album, produced by noted string-slinger Andrew Collins, The Barrel Boys are staying in touch with some composited tune-mail for their fans.

Amongst other online collaborative projects, fiddler Nathan Smith also kicked off quarantine time by committing himself to an epic 30-day menu of fiddle tunes, showcasing his wide variety of styles on Facebook. Of that experience, he commented, “Probably the main reason I was able to stick with it was that both our dobro player, Kyle Kirkpatrick, and our bass player, Tim O’Reilly, also posted daily compositions. In fact, a big reason we started making these collaborative videos was the experience Tim had with making some really amazing multi-part videos on his own. If you think my tunes were interesting, you should look at Tim’s Facebook wall. Some of the stuff he came up was really next-level.”

The album is called “Mainline” – it draws its name from a song Tim wrote for the album called “Mainline to the Heart,” reflecting on the struggles of industry towns in Northern Ontario. We’ve got a fair amount of this sort of “Canadiana” on the record – songs where we’ve reflected on traditional themes in bluegrass music and recontextualized them to fit with our own personal experiences, observations, and identities. This sort of personal expression is important to us in terms of finding our way as creative songwriters and as Canadian bluegrass musicians.”

“I can tell you that, with this record (again, all original material written by the five band members), we feel we are at our most adventurous and our most expansive, stylistically and emotionally. We’ve got a good mix of light-hearted and weighty content, and the style bounces around from contemplative old-time to boot-shuffling country to straight-ahead, rippin’ bluegrass.

On a sidetrack to the Mainline, the Boys keep barreling on with two lockdown-friendly tunes, Housebound Blues, an original by Ben Wright, and Home to Stay from David Sheppard of The South Carolina Broadcasers.