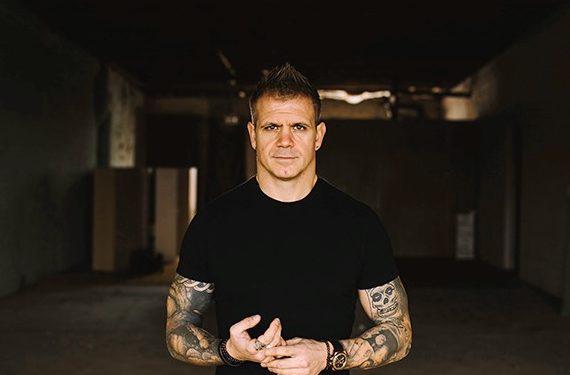 The title track from his sophomore album of the same name, the single and album as a whole embodies Shane’s emotive voice and unique folk approach, complete with his own heavy metal influence and collaborations with multi-award-winning blues drummer Tom Bona and legendary guitarist Frank Marino and Mahogany Rush.

“The album Red Wagon is very much a prequel and sequel to In Light,” Shane said, referring to his debut release. “When I wrote In Light, it was very much a cathartic response to some traumatic events in my life, facing the death of my wife and mother of my children. It is very much an album of perseverance and strength, as well as surrendering to vulnerability.

“When I wrote Red Wagon, I was in a much happier place, and I feel I had a much more enlightened perspective,” he continued. “Both albums helped me emotionally, physically, and spiritually move forward. They tethered me to real life, sort of, and didn’t allow me to sink — which was exactly where I felt like I was heading.”

Sinking has never ultimately been an option for Shane, who was once told he’d never “make it.” “My Grade 12 music teacher was a narrow-minded, mediocre teacher who only listened to classical music,” Shane recalled. “He told me at the end of Grade 12 that I’m a great student, but I’d never make it as a musician for a living.

“Every day being a full-time, professional musician is me giving him the proverbial finger… Especially being asked to join Mahogany Rush and playing for Frank Marino, who is my guitar idol. It still doesn’t feel real and might never feel completely real to me.

“This is important to me to hold onto because, in life, we are continuously met by individuals who doubt us.

“I believe everybody has an outlet that they have found — or need to find — and this is mine.”

Three online festivals this month that you ...

How the Barrel Boys are using new ...