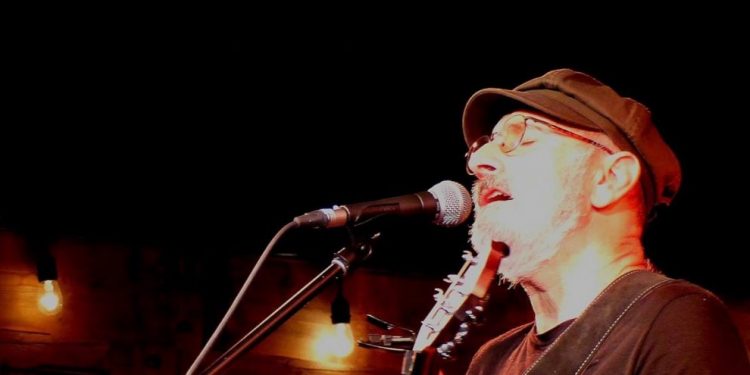 “I feel very passionate about this record,” he said, “which I view as a clarion call to embrace love, compassion, hope, gratitude, and non-violent activism as positive change agents in this unprecedented and challenging era of COVID-19, climate change, species loss, and upheaval on so many levels. I hope the music contained herein serves to inspire positive change both within yourself and the fragile world we share.”

Ken combines an adept fingerstyle acoustic guitar technique with strong, distinctive vocals and brilliant songwriting. He delivers his positive message directly to the soul of the listener with a style that’s been compared to that of Neil Young. Known for his engaging stage presence, sense of humour and delightful storytelling, Ken performs either solo or with partner Anna Green, whose vocal harmonies add an ethereal dimension to live performances.

A veteran Canadian folk singer-songwriter, Ken has performed at hundreds of venues over the past 30 years, across Canada, the U.S., and Central America, from concert halls to festivals and cafes, sharing bills with folk and roots icons as diverse as Jerry Jeff Walker, Willie P. Bennett, Valdy, and Garnet Rogers. More recently, he has showcased with a number of emerging young Canadian artists, including Annie Sumi, Benjamin Dakota Rogers, and Moonfruits.

Ken’s passion for social and environmental justice is evident in the many benefit concerts he performs, supporting charities as diverse as the Harry Chapin Food Bank, Amnesty International, Playing for Change and LA Family Housing.