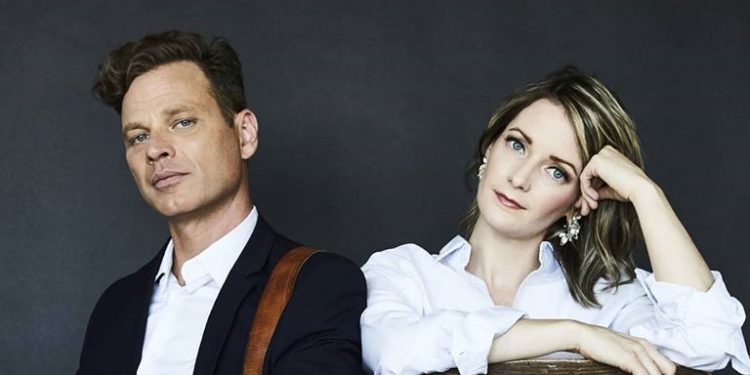 Kennedy Road may be a new ensemble, but it’s made up of two familiar names:  Sheila Carabine from the Juno nominated folk duo Dala and singer-songwriter Brian MacMillan (who’s worked with Wailin’ Jennys, Barenaked Ladies, John McDermott and others).

Not surprisingly, they sound amazing. So we’re thrilled to premiere their new single, “The Heart Will Buzz,” here on Roots Music Canada today.

“For me, it’s a ‘hope springs eternal’ song,” Sheila told us via messenger. “[It’s] a reminder to never say never and to trust in the promise of being moved and being awe struck again and again. When we first saw the footage of these deer running free, it quite literally took our breath away. And that’s where this song came from – an unexpected moment of uplift and beauty after what felt like a very long winter of isolation, fear and doubt. And Brian wrote this BEFORE the pandemic. I guess it’s about falling in love with your heart’s desire and finally allowing yourself to pursue the thing you know you were born to do.”

The song showcases the duo’s divine vocals and delectable homespun harmonies, and this particular number also has some catchy indie pop production values to it.

Kennedy Road’s debut album is called A Little Fight Left Yet, and it was released in Mar. 24.

Check out the new video here: