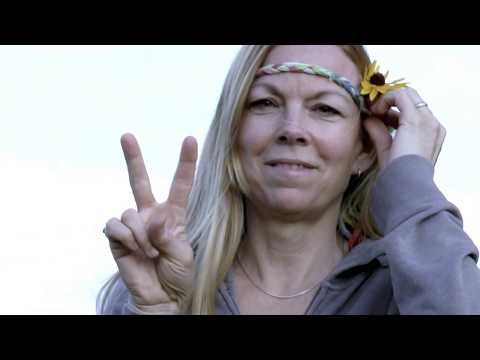 With 100-plus million albums sold worldwide, multi-Juno-award-winning, platinum-status producer, composer, singer-songwriter, and multi-instrumentalist Chris Birkett and his new band the Free Spirits have released a new project — this time in the form of the single and video “Everyday People,” which is available now!

Chris, who has worked with Buffy Sainte-Marie, Mel Brooks, Steve Earle, Bob Geldof, Alison Moyet, Dexys Midnight Runners, Talking Heads, The Pogues, and The Proclaimers — and who just celebrated the 30th anniversary of producing Sinead O’Connor’s seismic release I Do Not Want What I Haven’t Got — joined with Shari Tallon to create the Free Spirits.

Together, the duo — Chris on vocals, guitar, drums, bass, and keys, and Shari on flute, keyboards and backing vocals — are unlocking sonic synchronicity with their debut album, 11:11 (Chris’ fourth overall).

“The cover of this Sly and the Family Stone hit is included on 11:11,” Chris said of the track and video. “The song’s message of world peace is as important today as when it was first recorded in the 1970s.”

While the song has long been a magnet for a multitude of musicians since its 1968 release, with versions having been recorded by Aretha Franklin, Joan Jett, and Pearl Jam, Chris’ take is not only well received by fans, but the original band itself.

“I sent the video to Andy Newmark,” he explained. “He was Sly and the Family Stone’s drummer and someone who I’d worked with in the past.

“It’s great to have his thumbs up!”

The track features Chris on lead vocals, and he’s backed by the Hamilton Academy of Performing Arts Student Choir. There are additional vocals from 2019 Maple Blues Award winner Ann Vriend.

The video for “Everyday People” bittersweetly stands as a tribute of sorts to an important person connected to the project.

“The video was directed by Tom Omorean, who passed away suddenly and sadly in December 2019, soon after finishing what would be his last video,” Chris said.

The Free Spirits’ debut LP features thought-provoking lyrics and dynamic instrumental arrangements, and it spans multiple genres; the musicians pride themselves on there being more than just what meets the ear. Under this new musical moniker, Chris and Shari are a musical collaboration shedding light on life, the world, and how artists can help be a positive force for truth and change, they say.

Chris — whose song “Where Do We Go From Here” was featured alongside Dire Straits, Bob Marley, U2, Peter Gabriel, and Queen, among others, on 1993’s One Voice, One Love compilation album in support of CARE International — said he believes “in the universal language of music to make a change in humanity’s attitude to climate, culture, and race.”

The Free Spirits’ “Everyday People” and 11:11 are available now.

Sierra Noble and the New Customs – ...