To charge or not to charge for streaming concerts: a recap of an FAI webinar 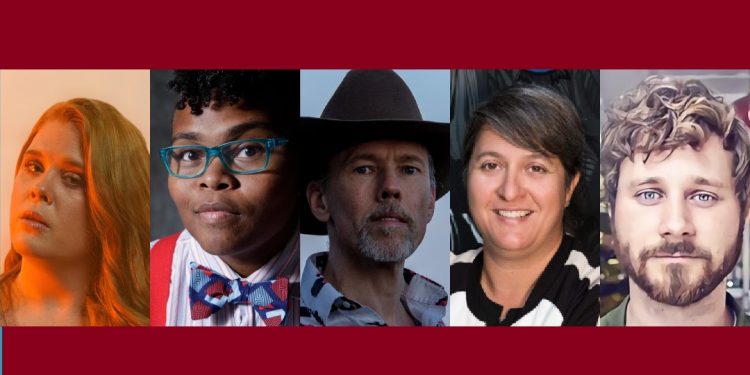 It wasn’t a music video; it was an appeal to fellow artists to continue performing live online for free, rather than looking for ways to ticket their concerts in an effort to earn some income.

Jonathan, who has been live streaming his Shake Sugaree American Residency for about a year and a half – long before the COVID-19 pandemic brought streaming to the forefront – argued that keeping the music free is essential for anyone who wants to diversify their audience.

How to sell tickets to your streaming concert: some solutions from Roots Music Canada

Around two and a half years ago, he explained, he began playing a weekly, pass-the-hat live show at a local coffeehouse in order to keep his band tight.

What he noticed was that suddenly, people who would never have paid $20 to see one of his concerts – young people, people of colour, factory workers – were showing up and putting $20 in the hat.

He ended up making the same amount of money he would’ve made had he been charging a ticket price.

Artists he said, should be using this time of COVID-19 isolation to let people who might not normally experience their music to do so.

Besides, he said, most artists are just figuring out the streaming thing and aren’t that good at it yet.

Jonathan was one of five panelists taking part in a Folk Alliance International webinar last Friday on streaming. The others were singer-songwriters Crys Matthews and Heather Mae (who are sheltering together), National Arts Centre executive producer Heather Gibson, and singer-songwriter Dan Mangan, whose Side Door app, which typically connects artists with house concert (and other non-traditional venue) promoters, has switched to facilitating ticketed concert streams.

Dan provided a powerful counterpoint to Jonathan’s arguments in favour of free streaming.

Free streaming shows are something audiences take in passively, he said. On Instagram, people lose half their audiences within the first four minutes, he added. On Facebook, the number of viewers is constantly fluctuating as people check in and check out. But 90 per cent of the 300 people who bought a $6 ticket to his Zoom concert stayed for the whole thing, he said.

One thing Dan and Jonathan agreed on was this:  both are making more money during lockdown than they did before.  Viewership for Jonathan’s streams increased 1,000 per cent the first show after lockdown, he said. Side Door’s payout to artists has increased from an average of $400 for in in-person show to an average of $1,100 for a streaming one, Dan said.

The webinar didn’t focus on the technical side of streaming, as there’s a separate event planned to address that.  However, here are some nuggets that artists did share.

For their part, Crys Matthews and Heather Mae provided words of encouragement to artists who may be intimidated by live streaming and by the prospect of competing with so many other streaming shows.

“Figure out what your fans need from you,” Crys said, adding that there’s a reason they are fans of specific artists. Crys and Heather started their Together Apart concert series to provide a sense of community to their fans, who share their values of social justice.

The only non-artist on the panel was Heather Gibson of the National Arts Centre, which is coordinating the Canada Performs streaming concert series – a series that pays artists $1,000 to perform live streams from isolation.

The project started with a $100,000 investment from Facebook, she explained, and the goal was simply to get money into the hands of artists as quickly as possible. It has built a budget of more than $750,000 thanks to contributions from Slaight Music, SiriusXM and several other large donors.

The NAC doesn’t consider itself to be a producer of these shows, Heather said. It does not tell artists how long they should perform for, what they should perform or how they should do their technical set-up. And despite being funded by Facebook, artists are free to choose the platform they stream on.

Traditionally, the talk at venues like the NAC is about excellence, Heather said, but they’ve abandoned that traditional standard for Canada Performs. The series is about what artists can pull together quickly, she said, and sometimes, that’s just “good” – and that’s fine.