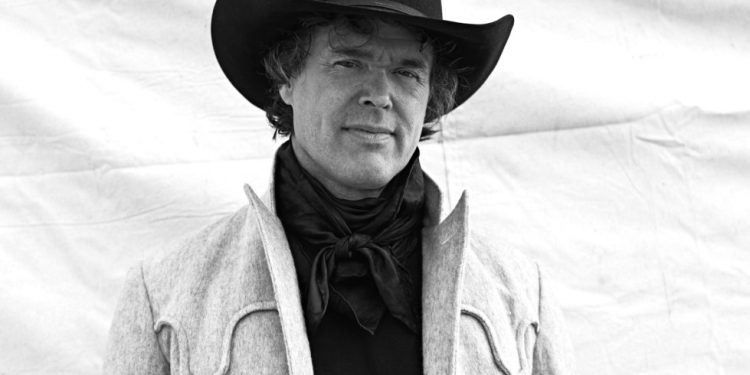 When Corb Lund opened with “September,” it was with a false start; his guitar wasn’t in tune.

“Excuse me everyone. Sorry,” he said, and ran off camera to get an electric tuner and start again, seemingly without embarrassment. By the time he got to play the tune in its entirety, it was mesmerizing, not in spite of the fact that it was over webcam in what appeared to be his living room, but because of it.

It was a moment characteristic of the show writ large, in which Corb consistently one-upped himself by creating an intimate environment that’s just not possible in a typical live setting. He said he wanted to play some songs he didn’t get to normally, which meant he “probably wouldn’t get to the truck song.” (He didn’t get to the truck song.) He took requests in real time. He laughed at his situation, at one point gesturing to the bar behind him and saying, “As you can see, I’m well-stocked for the apocalypse.” He even referred to being in a “yodeling mood” early on, and so played back-to-back yodeling songs, including the brilliant “Priceless Antique Pistol Shoots Startled Owner.” It really felt like he could do anything he wanted at any time.

This also meant that he got to run through his fair share of covers, one of which was an obscure Merle Haggard track called “Mama’s Prayer.”  (The other two were “Amarillo By Morning” by George Strait and, as the closer, “MC Horses” by Ian Tyson.) It also meant telling stories, such as those about his family history from Denmark through to Alberta, or expressing his opinion on busking.

“I never liked busking,” he said. “Or buskers — no offence to buskers.”

If anyone’s ever been a part of a family jam or something of the sort, this was the closest thing to that — some of his songs, some of other people’s, a bit of talk and a few beers between shots of whiskey with your friends.

Which leads us to a band called The Ego Brothers. No, not “eagle,” as in the bird; “ego” as in “how great we think we are,” as Corb insisted. And he should know: he’s their newest member. The song of theirs he played is called “There Ain’t Enough of Me To Go Around,” and while it wasn’t written by him entirely, he did contribute the final verse — such was the condition for his joining the band. He wrote a real doozy, and now he’s in what might be the greatest concept band since The Residents. They have some music coming out soon, and once they do, it’ll be more than worth it to give them a listen.

There are more of these shows coming soon as well. Corb was scheduled to go on tour — and play a date at the Grand Ole Opry — but circumstances forced him to give this a try instead. It’s well worth it. You can find him on Instagram or at Facebook.com/CorbLundMusic if you’re looking for updates. His next show is April 11, and it shouldn’t be missed.

Birds from Paradise – ‘The Ride’ video