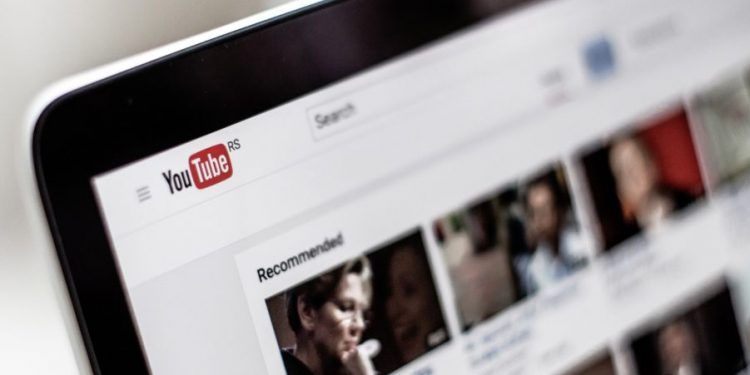 Heather just finished doing a university course on digital communities, and one of her assignments involved writing an essay on how to produce “spreadable” content.  “Spreadable” is a word sometimes used by academics in place of “viral,” though their meanings aren’t entirely the same. Anyway, Heather naturally took the opportunity to research how these theories and conclusions might apply to roots music – folk music in particular – and this is what she came up with. She decided to “deacademicize” the piece as well as she could and share it here in case it’s helpful to anyone. Thank you to Jennifer Johnson and Eric Alper for their contributions to this paper.

PS:  We should probably point out that Heather wrote this before the COVID-19 pandemic, so the term “viral” here is in no way, shape or form intended as a pun or a double entendre. Nonetheless, given that we are all at home right now, many of us experimenting with video, it seemed like a potentially useful thing to share.

Much has been written over the past decade or so about how to create so-called viral content online. However, relatively few academic papers have examined the general findings on this topic relative to specific categories of products and services. Is it necessary to revise or refine viral strategies for specific niche audiences and niche value systems? Canadian folk music artists, who are increasingly ignored by a contracting mainstream media while struggling to distinguish themselves from the noise on social media, are one group of people who could benefit from such an examination. This paper will discuss two pieces of Canadian folk music media, that beat the odds and went viral, in relation to research on music marketing and “spreadability” published by three authors.  The research in question comes from communications professor Henry Jenkins’ book Spreadable Media, Christine Langham’s masters thesis on marketing strategies used in the Brisbane independent music scene, and marketing professor Jonah Berger’s paper, co-authored with Katherine Milkman, entitled “What Makes Online Content Viral?” It also includes interviews with two veteran folk fans and folk music promoters – True North/Stony Plain Records publicist Eric Alper and Stephen Fearing’s manager, former digital journalist and digital technology rep Jennifer Johnson – to assist in analyzing how the aforementioned research applies to the media at hand. The two videos that are the subject of this paper – Tony Turner’s humourous “Harperman,” which features a cast of Ottawa folk singers and activists listing off everything then-Prime Minister Stephen Harper had done to offend social justice advocates, and the Sons of Maxwell’s “United Breaks Guitars,” which was written as retaliation for a poor customer service experience with United Airlines – were chosen because they represent rare situations in which artists who truly had no significant media exposure or fanbase prior to the creation of videos became virtual overnight sensations.  A careful consideration of the literature in relation to these videos and a discussion of them with the experts interviewed suggests that much of what has been written in general terms about “how to go viral” applies to Canadian folk music. However, artists and industry people who are developing content should take to heart a core message of Jenkin’s book: that one should carefully listening to one’s audience.  Because the Canadian folk audience of today defies stereotypical assumptions about how the sharing of content might meet its needs.

Jenkins makes several findings about people’s motivations for sharing content and about the types of content they are most likely to share – all of which are borne out in the context of the two videos that are the subject of this paper. Jenkins writes that “[c]reating spreadable material requires attention to the patterns and motivations of media circulation, which are driven by the meanings people can draw from content.” He specifically lists four common motivations people might have for sharing media: self-definition, strengthening social ties, providing commentary in order to grow an audience, and activating a community. He then describes specific types of content that are most likely to be shared: shared fantasies, humour, parody, unfinished content, mystery, timely controversy and rumours. “United Breaks Guitars” and “Harperman” are both humourous songs and videos. In that regard, their success fits with Jenkins’ conclusions. However, their success relative to that of other folk songs might raise questions about Jenkins’ theories when it comes to the motivations people have for sharing content. The Canadian folk music scene is heavily associated with leftist politics. This is true for many reasons, which include the influence of Winnipeg Folk Festival founder Mitch Podolak, who contributed to the foundation of nearly all of the biggest folk festivals in Canada and who viewed folk music organizing as a form of communist organizing – adapting in his own way the link between folk music and social justice movements advanced in the United States by Pete Seeger. This being the case, one might expect folk fans who were motivated by self-definition or community activation to share content that is more earnestly political in nature. However, Jennifer offered that social media has so overwhelmed her with depressing messages about the state of the world that she’s now more inclined to share content that is uplifting in some way – an experience that might explain folk fans decision to favour humorous content. Eric expressed a view that might reflect that of many professionally-employed people in saying that he avoids be overtly political or negative on social media – something that can alienate clients or colleagues in an online world where nothing is private – but the humorous spin of “United Breaks Guitars” disarms its negative message and makes it palatable to a wider audience.

Langham’s work does not explicitly touch on virality, or “spreadability,” as it is sometimes described in research, but her analysis of marketing techniques in the Brisbane independent music scene speaks to what’s effective for building a following and focuses on online marketing. Thus, spreadability is an implicit part of her definition of success – and again, her conclusions are applicable to folk music. She concludes – after conducting an expansive review of the literature on social media marketing, music marketing, and brand marketing – that fans can use music increasingly “as a means by which we formulate and express our individual identities.” Consequently, she advises artists to find their unique selling proposition and create a real value set that a) echoes the real values of the members in the band, not just their desired image; and b) aligns with consumer preference in order to create “brand resonance” between musicians and consumers.  She further asserts that the artist’s central message, imagery, and portrayal all need to ultimately satisfy consumer needs.  Neither Tony Turner, who was not even a full-time professional musician, nor Dave Carroll, who lead the Sons of Maxwell and who had been embarking on a solo career at the point when the band recorded the song, had built much of a brand prior to going viral, so their “brand resonance,” for better or for worse, was indicated entirely by the content of their two videos – which are most certainly authentic representations of their value systems. Once again, the widespread sharing of Tony and Dave defies assumptions about Canadian folk fans, who one might assume would be apt to share music with serious messages about topics of grave concern. However, in addition to preferring uplifting content, Jennifer shared that she is also motivated to share content by a desire to “stick up for the underdog” or to amplify perspectives that are under-represented online. Eric echoed the “sticking up for the underdog” sentiment in the exact same terms. While Tony’s message was by no means under-represented online, it is possible that the image of this amateur musician (who was, in fact, a civil servant) backed by a cast of dozens of random individuals in a clearly low-budget production created enough of a juxtaposition against the political elite that his message resonated as “the voice of the underdog” where others failed.  Meanwhile “United Breaks Guitars” was an unambiguous case of a David vs. Goliath struggle that nearly everyone could relate to: a person trying to resolve a customer service problem with an indifferent corporation. Indeed, at the time of its release, some posters to the Canadian folk industry listserv MaplePost described the piece as a modern-day protest song, acknowledging perhaps that for many people nowadays, the real villains in the battle for social justice are no longer governments but multinational corporations.

Berger and Milkman’s research – which coincidentally adapted the “United Breaks Guitars” story for an experiment – focuses on how the emotions evoked by media influence sharing behavior, and again, their findings, are applicable to folk music. Among other things, they concluded that content that is surprising, interesting, practically useful and positive was more likely to be shared than content that evoked negative emotions. However, they added to researchers’ understanding of virality by finding that content that evokes activating emotions, such as anger, anxiety, and awe, was significantly more likely to be shared than content that evokes deactivating emotions, such as sadness. This research may go a long way to explaining the appeal of “Harperman” and “United Breaks Guitars” relative to other folk songs. Both videos are positive in the sense that their use of humour is uplifting. However, both also trigger angry emotions – directed at the government in the case of “Harperman” and at United Airlines in the case of “United Breaks Guitars.”  Indeed, to quote Eric regarding the Sons of Maxwell, “We all got behind it because it made us laugh for the video [and] made us angry for this guy.”

Critics of this analysis might argue that folk fans’ failure to share more traditionally leftist content on social media is a sign that the research cited in this paper is flawed and that its generalized conclusions simply do not apply in certain specific circumstances such as that of folk music. However, feedback provided by an admittedly small number of folk fans themselves suggest that researchers’ conclusions are not wrong. Rather, those marketing Canadian folk music would do well to heed one of the overarching messages of Jenkin’s book: that brands need to listen carefully to their audiences. While marketers might be inclined to stereotype folk audiences as desiring of earnest, left-wing content that condemns government oppression, sharing patterns suggest that, in fact, folk fans are looking for relief from such content and are favouring upbeat messages that serve up protest with a healthy dose of humor. What’s more, in the age of globalization when multinational corporations are arguably more powerful than elected governments, fans of “the people’s music” seem to be shifting the targets of their protest in a corresponding way, embracing the opportunity to retaliate against corporations for their callous disregard of customers and for other injustices committed in the name of making money.

How to sell tickets to your streaming ...